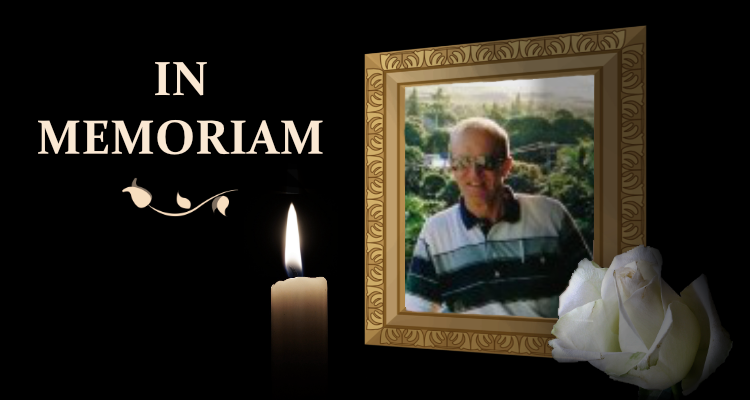 NEWCASTLE   –  Funeral services for Richard Haglund will be at 2:00 PM Saturday, August 17, 2019 at the Meridian Mortuary 111 South Railroad Ave, Newcastle, WY; interment to follow at Greenwood Cemetery. Refreshments will be served afterwards at the Cambria Community Baptist Church in Newcastle, WY. Visitation will take place from 4:00 p.m. to 7:00 p.m., Friday, August 16, 2019 at Meridian Mortuary. On Friday, August 9, 2019 Richard DeVern Haglund passed away at the age of 79, at the Weston County Manor in Newcastle. Richard was a loving husband, father, grandfather, and great grandfather.   Richard was born in Minneapolis, Minnesota to Robert and Marion (Anderson) Haglund on August 30, 1939. Richard met Patricia Ann Cotton while attending college at the University of Wyoming. They were married on October 22, 1960. To this union two children were born, Sherry and Richard Jr. Richard received a Bachelor’s Degree in Secondary Education from the University of Wyoming in 1964. He then went on and received a Master’s Degree in Administration.  Richard spent thirty-three years teaching science at Moorcroft High School and was a student council advisor. Also, he was a coach for basketball, football, and track. Richard retired from education in 1997 and then both him and Patricia moved to Newcastle. Richard had a passion for teaching students science, playing sports, and he loved spending time on their ranch. He spent many hours working on his yard, and he always had a good eye picking out the best cattle at sale barns. His children, grandchildren, and great grandchildren were his pride and joy. Richard was a member of the Newcastle Southern Baptist Church. Richard is survived by his wife Patricia of 58 years, his two children, Sherry Garhart (Kevin) of Newcastle; Richard Jr. Haglund (Christian) of Laramie; four grandchildren, Jason Garhart of Newcastle; Tracy Leonard (John) of Newcastle; Austin Gutierrez (Tyler) of Cheyenne; and Abby Haglund of Laramie; eight great-grandchildren, Carson, Ashlyn, Payton, Owen of Newcastle. Quoy, Kahli, Gunner, and Joslyn of Cheyenne. One sister: Bonnie of Gillette.  He was preceded in death by his parents and two brothers.  A memorial has been established in Richard’s name for a scholarship for a Moorcroft High School Student that is entering college to pursue a degree in science. Memorials and condolences may be sent in care of Meridian Mortuary 111 South Railroad Ave, Newcastle, WY 82701. Condolences may also be expressed at www.meridianmortuary.com