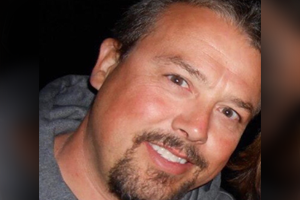 Burial of cremains immediately to follow at Greenwood Cemetery where he will be placed with his mother and grandmother. Ron Sample officiating.

Scott Ray Willadson, 49, of Parker, Colorado passed away unexpectedly of heart failure Friday July 21, 2017 in the Black Hills while on a trip back home visiting family and friends.

Scott graduated from Newcastle High School in 1986, and remained close with several classmates who were with him in his final hours while at Sheridan Lake, South Dakota.

He worked several jobs after high school traveling the country building cooling towers. He settled in Gillette for several years where he was employed by Wyodak Coal Mine, until he moved to Colorado in 2005 where he has been employed since as a power plant operator at Southwest Generation in Denver.

Scott was adventurous, loved to travel, hunt, was an excellent cook, and spent the majority of his free time riding the open road on his Harley Davidson Road King, he so fondly referred to as Sugar, a nickname gleaned from the letters on his license plate (SGR) He was Vice President of a motorcycle club who he rode with often.

He brought sunshine into every room, situation, and event, and was the most kind, caring, giving person anyone could ask for. He had a huge heart, amazing compassion, and would do anything for anyone, and usually did. Doing for others always brought him the most joy.

He had a deep love of children, with several he considered his own.

Memorials and condolences may be sent to the family at his father’s home at 424 Walden Street, Newcastle, Wyoming 82701