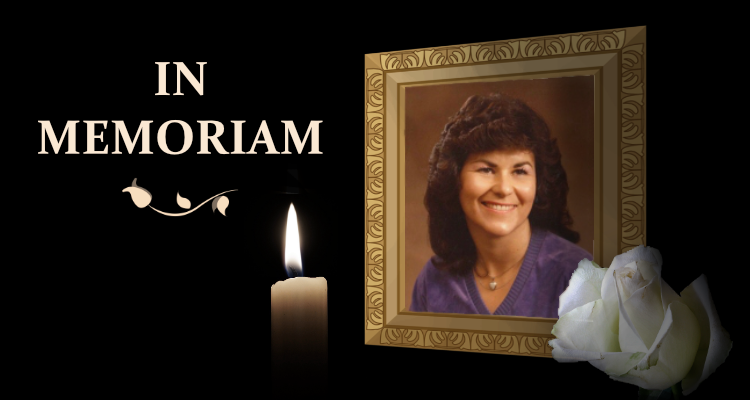 BUFFALO, Wyo.  –  Sheryl Grace Tavegie was born on August 5, 1948 in Hot Springs, South Dakota to Harold and Gladys Shrull. She grew up and went to school in Newcastle, Wyoming and graduated from Newcastle High School with the class of 1966. After high school she attended The University of Wyoming and Sheridan College and student taught at Coffeen School in Sheridan. She received her Bachelor Degree in 1970 and received a Master of Science Degree from Lesley College of Cambridge, Ma and additional graduate hours from Kearney State and Chico State. She was married on June 18, 1966 in Newcastle to Donald Tavegie. In 1970 she began her teaching career at Clear Creek School in Buffalo and relocated to Meadowlark Elementary where she taught 3rd grade for 21 years. Sherry taught in the Gifted and Talented program for nine years along with literature and computers. She retired from the Johnson County School District in 2000 and moved to Laramie where she was the Project Director for the Wyoming Geographic Alliance. She also ran the Social Studies Education Information Center and was program designer for an electronic class titled “Journey Thru Wyoming” for the Crook County School District. Sherry and Don were divorced in 2004. She moved to Sheridan in 2013 and in 2018 she moved back to Buffalo where she lived until her death.
Sherry was selected as the Johnson County Teacher of the Year. She was Fulbright Memorial Fund Teacher to Japan in 1999; She was President of the Wyoming State Reading Council for The International Reading Association. She was teacher consultant for the Wyoming Geographic Alliance-sponsored by NGS. She was a WGA Ambassador to Peru-Jungle Tour and the Gilder Lehrman State Coordinator for Preserve America History Teacher Contest, which was a White House initiative of Mrs. Laura Bush. She was on the Johnson County Library Board and during her six year term a new library was founded. She was a member of the Wild Bunch for 12 years and a member of the Johnson County Arts and Humanities for ten years and was their president for two years.
She is survived by one son, T.J. Tavegie of Buffalo; one brother-in-law Jack Grieves of Newcastle and several nieces and nephews. She was preceded in death by her parents and two sisters Jeanne and her husband Jim Seppala and Joanne Grieves.

Funeral Services for Sherry Tavegie, 71 year old Buffalo resident who passed away Tuesday morning at the Amie Holt Care Center in Buffalo will be held Wednesday, January 29th at 2:00 p.m. at the Summit Wesleyan Church, in Buffalo, with Pastors Dan Gay and William Dunlap officiating. Visitation will be held at the Harness Funeral Home Chapel on Tuesday from 1:00 p.m. until 9:00 p.m. Interment will be in Willow Grove Cemetery with graveside services to follow the funeral.

Donations in Sherry’s memory may be made to the YMCA of the Big Horns or the St. Francis Animal Shelter in care of the Harness Funeral Home at 351 N. Adams in Buffalo. Online condolences may be made at www.harnessfuneralhome.com