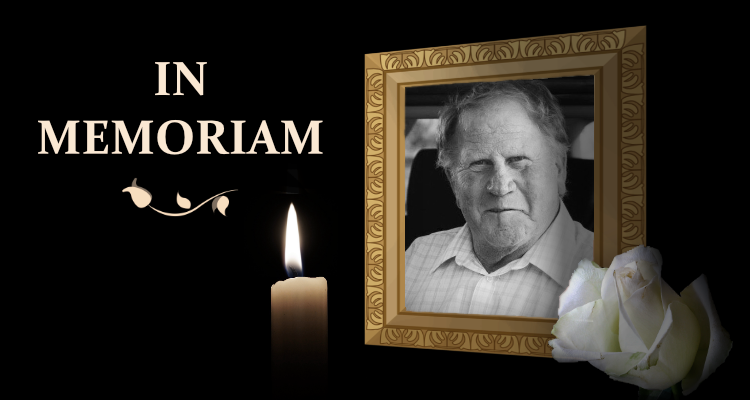 NEWCASTLE | FOUR CORNERS – A man of few words was how you might describe this hardworking rancher, farmer, hunter and friend. If he said anything it was either going to be really funny or extremely blunt. Stanley Edward Pzinski III passed away peacefully at the family ranch surrounded by the ones he laughed with, lived for and loved on Nov. 3, 2020. He was a fierce warrior and medical miracle. Stan was the third child and only son born on Jan. 16, 1945, to Stanley Pzinski II and Mabel Elliott Pzinski. He grew up very close to his mother and father on the family ranch near Four Corners, Wyo. He graduated from Newcastle High School in 1963. In 1964, he attended Black Hills State College, played football and met the love of his life, Judi L’Esperance. On Nov. 27, 1965, the two were united in marriage. He was quickly blessed with three beautiful children, Lisa, Stanley IV and Darbi. Stanley worked tirelessly alongside his dad for several years before he passed in 1969. In 1980, Stanley was blessed with his fourth child, Randi Marie. He took over the family ranch and expanded it over the years where he taught his children how to care for the land, not to dilly dally, and to do it right the first time. Sonny, as he was affectionately called by many, loved to ranch and farm. He was extremely proud of his cattle and beamed at the fall cattle sale when his calves topped the market. He spent much of his time utilizing the rich soil to produce hay, winter wheat, and oats. He loved to hunt and shared his passion with many who joined him over the years. He also loved the “one- armed bandits.” Stan followed in his mother’s footsteps and loved to travel. Being a kid at heart, he took his family to see the sites such as the Denver Zoo, Disneyland, Disney World, Alcatraz, Las Vegas and the Grand Canyon. He loved the Dallas Cowboys football team and attended many games, in as many stadiums as he could. He very much enjoyed visiting Atlantic City, Alaska, Rome, and desired to see Poland before he became ill. His last big adventure took him to the John Deere Tractor Factory and Harvester Works in Illinois. Stanley was preceded in death by his father Stanley II; his mother, Mabel; and his two beloved golden retrievers, Keisha and Colby. He is survived by his loving wife of 55 years, Judi. He is also survived by his children and grandchildren: Lisa, Rick, Denton, and Riley Shaw; Stanley IV, Tanya, Makayla, and Paige Pzinski; Darbi, David, Jacob, and Kaitlyn Barnett; and Randi Marie, Kris, Kaden, and Kace Elliott; his two older sisters, Lorene (Eddie) Linke and Genevieve (John) Ellis and their families; as well as a host of lifelong friends and family that he hunted with, gambled and worked alongside. His family said, “The family would like to express their sincere gratitude and love to everyone on the medical teams at the hospitals and dialysis centers, as well as the communities surrounding us, that provided love and support towards our needs over the past few years. We thank God for the gift of his life and the blessing of the extra time we spent with him. Papa was a man of success who lived well, laughed often and loved much. He believed in leaving the world a better place and never lacked an appreciation of the Earth’s abilities and gave the best he had to all he did.” The celebration of life will be held at the Corpus Christi Catholic Church in Newcastle, Wyo., with burial to follow at the Greenwood Cemetery on Saturday, Nov. 7, at 10 a.m. A coffee reception will be held at the Flying V following the services. Visitation will be held Friday evening from 5:00 p.m. to 7:00 p.m.at Meridian Mortuary in Newcastle.