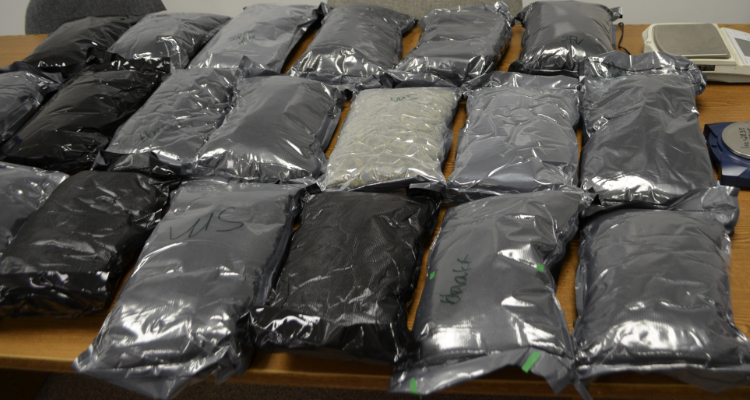 Rock Springs, WY.    –   What started out as a speeding ticket ended up in felony drug charges for a California couple on Saturday morning, according to Sweetwater County Sheriff Mike Lowell.

At about 9:15 AM, a Sheriff’s Office K9 team stopped a 2017 Chrysler Pacifica minivan on Interstate 80 for traveling 90 miles per hour in a 75 mph zone. The driver was identified as Nicholas Wyatt Haws, 24, of Rocklin, California, and his passenger as 22-year-old Rayna M. Quiocho, 22, of Citrus Heights, California.

Five large duffel bags in the minivan were found to contain about 106.92 pounds of marijuana packaged in vacuum-sealed bags. Haws and Quiocho were arrested without incident and transported to the Sweetwater County Detention Center, where they remain in custody pending an initial appearance in Circuit Court. Both are charged with Unlawful Manufacture or Delivery of a Controlled Substance.

Lowell said the Sweetwater County Sheriff’s Office has adopted a policy of not identifying its dog handlers and their K9 partners by name in the media in drug cases due to incidences of threats elsewhere in the country against law enforcement officers and their dogs.