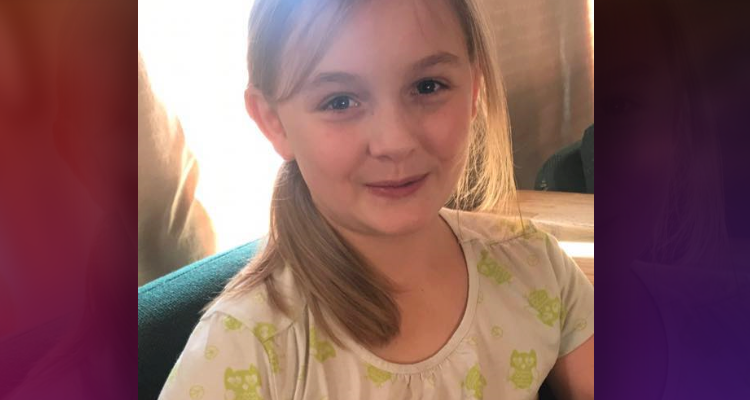 STURGIS, SD. (AP) — A 9-year-old girl missing from a South Dakota residential youth home for nearly two months has a history of running away, her parents said in an interview published Sunday.

Chad and Kasandra Dennard told the Rapid City Journal that their daughter, Serenity Dennard, had planned escapes by packing a suitcase and leaving in the middle of the night. The family’s home in Sturgis, South Dakota, has an alarm to help prevent that from happening.

Serenity has been missing since she ran away from Black Hill’s Children’s Home near Rockerville in frigid weather on Feb. 3. Authorities say she was not dressed for the weather and that it’s unlikely she survived if she was outside.

Chad Dennard, 37, tells the newspaper he’s “100 percent” certain that Serenity planned an escape from Children’s Home by having another child run away first.

“That’s just her MO (mode of operation),” he said. “She’s just going to wait until everything is calmed down.”

The couple said Serenity runs away because she doesn’t know how to process her emotions, or because she begins to feel too comfortable in a place.

Serenity and three other children were playing inside the gym at Children’s Home when one of the other children ran away, Bill Colson, executive director of the Children’s Home Society, has said. As a staffer ran after that child, Serenity took off. Because the remaining staffer was still supervising two other children, that person stayed and called for help rather than follow Serenity.

Serenity’s parents said their daughter would hide from staff inside Children’s Home and threaten to run away. She may have run away Feb. 3 because she started to feel too comfortable at the home, was no longer the new girl and was ready for something new, the couple said.

Kasandra Dennard, 25, said she thinks her daughter’s struggles stem from the inconstancy of being raised by many different people. She said Serenity’s birth parents loved her but they were both sent to prison.

Once Serenity was removed from her family, “she was tossed through foster homes,” about 12 to 13 homes in two years, Kasandra Dennard said.

“She’s used to wearing somebody out, and they send her to somebody else,” she added.

Chad Dennard and his ex-wife adopted Serenity in October 2014, and the couple broke up in early 2015. Chad and Kasandra Dennard began raising her in May 2015.

At her family’s home, a stuffed pink unicorn sits on Serenity’s neatly made bed with its arms open wide, the newspaper reported. The girl moved last summer to Children’s Home and was expected to be discharged in September 2019, depending on her progress.