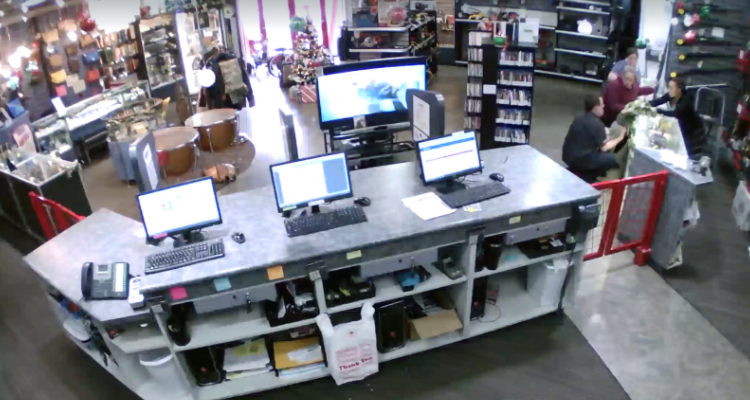 HURRICANE, Utah – A pawn shop manager in Utah is being applauded after catching a baby that was about to fall off the store’s counter.

The tumble was captured by the store’s surveillance cameras.

Manager Bill Reel told KUTV in Salt Lake City that two women were looking at a rifle on Dec. 7 when one of them set the baby on the glass counter in the Family Pawn store in the city of Hurricane.

Reel says he saw the child teetering and caught the baby as it fell.

Video shows the child tumbling head-first toward the concrete floor before landing in Reel’s arms.