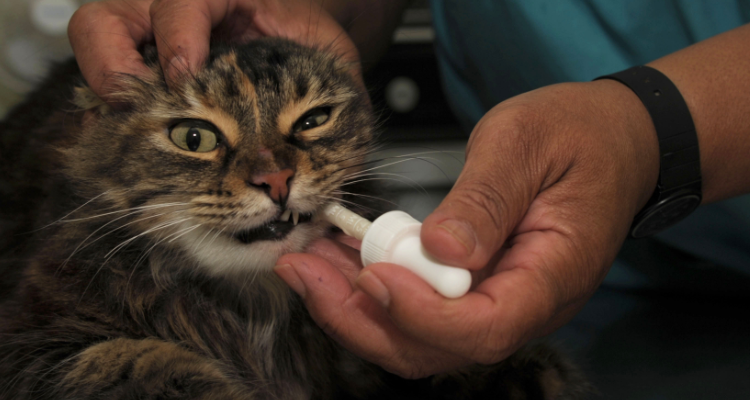 CHEYENNE, WY.   –   Laboratory testing at the University of Wyoming has recently confirmed a Johnson County cat was infected with plague, according to the Wyoming Department of Health (WDH). No human cases have been identified.

The cat’s home is in Kaycee and the animal is known to wander outdoors. The illness was confirmed by the Wyoming State Veterinary Laboratory in Laramie.

This is the third plague-infected cat identified in Wyoming over the past six months; the others were in Sheridan and Campbell counties. Only six human cases of plague have been exposed in Wyoming since 1978 with the last one investigated in 2008. There is an average of seven human plague cases each year in the United States.

“Plague is a serious bacterial infection that can be deadly for pets and people if not treated as soon as possible with antibiotics,” said Dr. Alexia Harrist, state health officer and state epidemiologist with WDH. “The disease can be passed to humans from ill animals and by fleas coming from infected animals. We are letting people know of the potential threat in the cat’s home area as well as across the state.”

“While the disease is rare in humans, plague occurs naturally in the western United States in areas where rodents and their fleas become infected,” Harrist said.

Recommended precautions to help prevent plague infection include:
• Use insect repellent on boots and pants when in areas that might have fleas
• Use flea repellent on pets, and properly dispose of rodents pets may bring home
• Avoid unnecessary exposure to rodents
• Avoid contact with rodent carcasses
• Avoid areas with unexplained rodent die-offs

Plague symptoms in pets can include enlarged lymph glands; swelling in the neck, face or around the ears; fever; chills; lack of energy; coughing; vomiting; diarrhea and dehydration. Ill animals should be taken to a veterinarian.

More information about plague is available from the federal Centers for Disease Control and Prevention at http://www.cdc.gov/plague/.