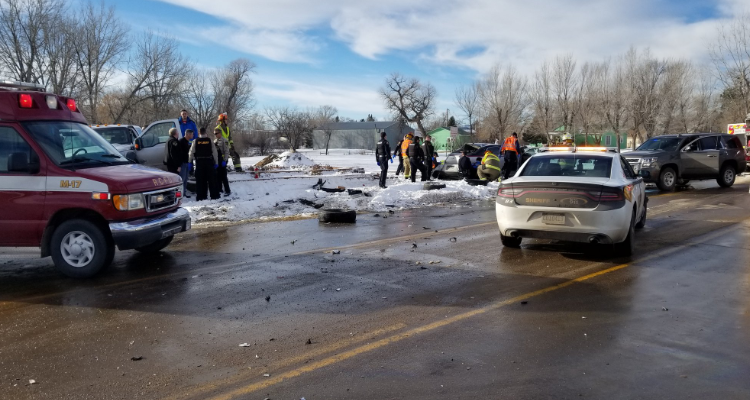 RAPID CITY, SD. – According to the Pennington County Sheriff’s Office a serious crash happened Thursday morning in Rapid City during a high-speed police pursuit. The incident happened at around 9:40 a.m., near the intersection of Twilight Drive and Jolly Lane.

Lt. Dustin Morrison of the Pennington County Sheriff’s Office said in a video statement that a deputy was trying to stop a suspect vehicle that was reported to have been involved in narcotics trafficking prior to the pursuit and subsequent crash.

KOTA TV  is reporting that witnesses say the car crashed into a utility truck and then was surrounded by police with guns drawn.

The investigation has been turned over to the Rapid City Police Department due to Pennington County Sheriffs Office’s involvement in the incident.

According to the video, there are injuries to the citizen driving the utility truck, but the extent of those injuries is unknown at this time.