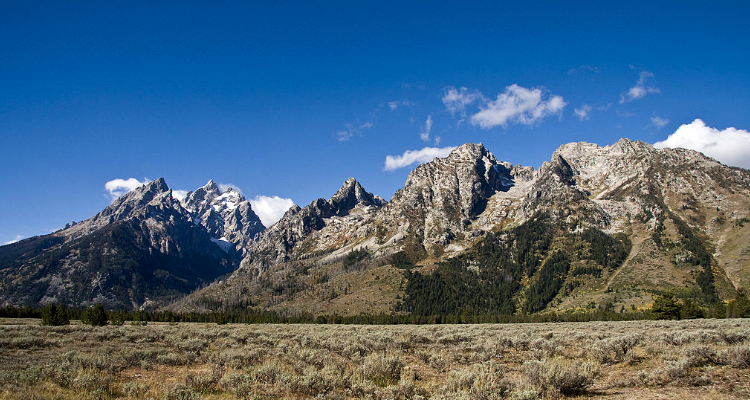 Grand Teton Nat’l Park   –   Grand Teton National Park rangers conducted an overnight rescue after receiving a call for help around 9:30 p.m. Tuesday, June 12. Derek Wilcock, 18, of Kansas City, MO, was descending the Southwest Couloir of Symmetry Spire when he fell. Due to the darkness of the hour, rangers responded to the scene of the accident on foot and spent the night with Wilcock before conducting an aerial rescue the following morning. Rangers advise hikers and climbers that snow at high elevations in the Tetons is unusually hard this year, and recommend the use of ice axes and crampons.

Wilcock and his partner, Quincy Nolton, 18, of Salem, UT, spent a long day climbing on Symmetry Spire, a peak located just west of Jenny Lake and historically very popular with rock climbers, before they began their descent into the snow-covered Southwest Couloir Tuesday evening. As Wilcock did not have an ice axe, he elected to climb down the steep exposed rock along the west side of the couloir while Nolton used an ice axe to negotiate the hard-packed snow. Wilcock lost his footing and fell approximately 30 feet, landing on rocks and trees which prevented him from falling further. He suffered leg injuries which prevented him from proceeding.

Nolton, who was uninjured, called Teton Interagency Dispatch Center and requested assistance. As the Teton Interagency Contract Helicopter is not able to fly at night, rangers made a plan to travel to the scene of the accident, an elevation of about 10,200 feet, on foot. Five rangers, including a two-member hasty team followed by three rangers carrying heavier rescue gear, responded to the scene. The first two rangers arrived at about 1 a.m. and provided warm clothing, shelter, and food to the two climbers, who had not planned or packed for spending the night outdoors.

After daybreak, the Teton Interagency Contract Helicopter responded to the Lupine Meadows Rescue Cache and began preparations for an aerial rescue. At 9 a.m. Wilcock, attended by a ranger, was flown by short-haul in a rescue litter to the rescue cache. He was transferred to a park ambulance and transported to St. John’s Medical Center in Jackson, WY. Nolton was also flown by short-haul to the rescue cache with an attending ranger, while the remaining rangers descended the mountain by foot.

While spring temperatures have melted out many of the trails at lower elevations in Grand Teton National Park, rangers advise that elevations above 9,000 feet in the Teton Range are still snow-covered. The snow at these altitudes is unusually hard this year, especially in the morning and early evening. Travelers in these areas should carry both an ice axe and crampons and know how to use them. Climbers should visit the Jenny Lake Ranger Station before their trip for the most current route conditions.