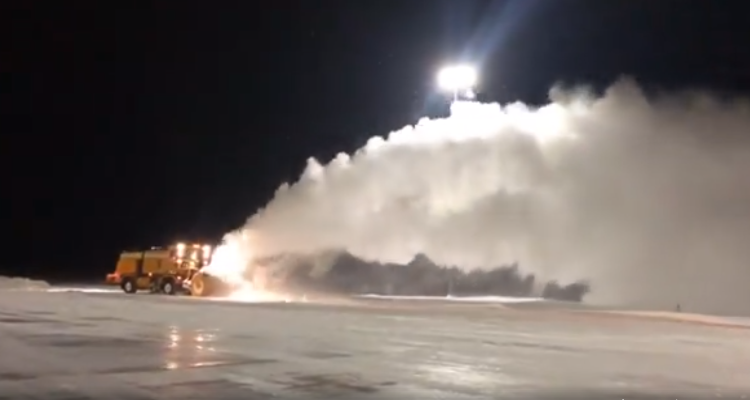 On the airports’ Facebook page, a post from Tuesday morning stated that employees had worked through the night to clean up the snow that had caused Monday’s closure. The airport reopened about 4 a.m.