Rest Easy Amelia, You Are More Than “Just A Girl Who Flies” 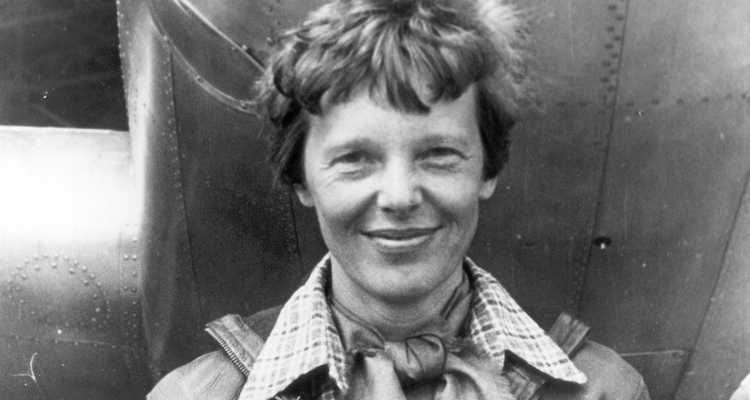 Rest Easy Amelia, You Are More Than “Just A Girl Who Flies”

Although she would never reach her 40th birthday, the legacy that Amelia Earhart left behind includes her many well-documented and record-breaking accomplishments in aviation, and the mystery and intrigue surrounding her disappearance.

While most are familiar with those parts of Earhart’s story, there were other accomplishments that made her, something far more than just a female pilot. Amelia was an author, an associate magazine editor and even a fashion designer. But, more than anything, she was an inspiration to women, and to people everywhere.

Today, on Amelia’s birthday, we would like to delve deeper into some of those achievements, ones that are so often overlooked. Hopefully this will provide us with a more complete picture of an incredible legacy backed by a determined and ambitious spirit.

Amelia Earhart was a person who was in the right place at the right time. Women gaining the right to vote, coupled with the air-age craze in the U.S., in the 20’s and 30’s,  everything would line up for Earhart to become a role-model and inspiration to many women. Women who were optimistic about new life possibilities and new career opportunities!

Though she was said to be skeptical of her fame, and afraid of being known only as “the woman who flies”, Amelia Earhart was, and continues to be so much more than her exploits in the skies.

She would go on to leverage her new found fame and elevate her career outside the cockpit, making speeches, writing, designing a clothing line, and inspiring and counseling women.

The background of Amelia’s passion for aviation would begin during her time as a voluntary aid nurse during World War I. Amelia would leave college over Christmas break, in order to ‘not be useless’ and join the war effort, as she would write to her mother. It was here, while tending to injured fighter pilots that Amelia would form an early fascination with the idea of flying. She would listen to the men tell stories of their aerial exploits and also attend aerial exhibitions with pilots.

Following her successful attempt to become the first woman to cross the Atlantic by plane in 1928, albeit, as a passenger, Earhart’s life would change when she met George Putnam, who would later become her husband. She would gain a new found celebrity, and she would not waste it!

Putnam, a publisher and promoter by trade would play a significant role in the fame of Earhart. Putnam would help her to publish and promote her first book and organize her press tours and endorsements.

Putnan would bill his eventual wife as ‘lady lindy’, capitalizing on the massive popularity of male counterpart, Charles Lindbergh. Her star couldn’t have rose any faster!

Amelia, now a fully-fledged celebrity, would find herself needing police protection when making public appearances, and learn to use her new-found media sensation to finance her one true passion: flying.

Earhart would also utilize writing to encourage other women to fly, publishing two books: ‘20 hrs. 40 mins.’ ( in 1928) and ‘The Fun of It’ ( in 1932). She would also serve a stint as the first-ever “aviation editor” at Cosmopolitan magazine (which was a family magazine at the time). Within the pages of the magazine, Amelia would write 16 articles in total, many of which discussed the role of women in aviation. Among her articles one would find titles like, “Why are women afraid to fly?” and “Shall you let your daughter fly?”

Earhart would also find short-lived success in fashion. Putnam, by this time, Amelia’s husband, would use Earhart’s name to secure funding for a fashion line.  “Amelia Fashions.” would launch in 1933.

Earhart, like many other young women of her time, had prior experience with sewing and clothing construction, a skill which she learned at a very early age.

Her initial foray into clothing design was inspired by her experiences in flight. When flying Earhart had to wear aviation suits that were designed for men. These flight suits fit poorly on a woman, but they were the only flight suits available. Amelia would later rectify this, designing a female-friendly suit, consisting of two separate pieces, during her time as first president of the Ninety-Nines — a 99 member society of female aviators.

Earhart would take aviation garments and fashion them into a design more becoming of a woman, while also following along closely with the other women’s activewear of the era.

By 1934, Amelia’s clothing line would be launched in 30 major cities, along with an interesting and modern twist, in terms of marketing. Earhart’s designs were only made available in one department store per city.  In addition, her clothing would only be displayed separately, set apart from the rest of the store, in a special branded boutique at each location.

Earhart believed in her aesthetic, combining love of fashion with her love of flying. “I have always believed that clothes are terribly important in every woman’s life… and I also believe that there is much of beauty in aviation — color and line that is exclusive to the air, which I have attempted to express in sports clothes.” Earhart was quoted, in a December 1933 article in the New York World Telegram.

There is some debate on just how involved Amelia was in the construction of her clothing line. Some have suggested she sewed garments herself, while others contend that she was less-involved and only choose fabrics, colors.

Either way, despite her tremendous success, Earhart’s fashion line would only last one season, due to America falling into the depths of the Great Depression.

Amelia’s name would also be licensed to a luggage line under the Baltimore Luggage Company, which was produced from 1933, all the way up until the 1970s.

A Speaker, Advisor and Inspiration

Earhart would also spend some time working with Purdue University, in 1935, serving as an aviation advisor and career counselor for women.

During this time-frame, Amelia would use her fame to advocate for aviation, more specifically, female pilots.

She would also advocate for women in general, visiting women in clubs, colleges, and high schools all across the nation. When speaking she would inspire and encourage them to follow their dreams.

Earhart also worked alongside other female pilots to found an organization, designed to support women in aviation – an organization which is still going strong today!

Perhaps Amelia’s legacy should be known for far more than just an impressive, but failed attempt, leading to a terrifying or lonely end.

Through her writing and speaking engagements, she engaged and inspired new generations of young women, and young Americans in general!

Amelia Earhart wanted to encourage all women to take their chance at being a pilot, an architect, or doctor. It didn’t matter, as long was they were striving to be more.  Feeding their internal spark into a burning flame. In the end, she wanted to share her passion, and ambition, and to pass a desire to be your best self onto other people! Perhaps that should be the honorable legacy of Amelia Earhart.

…and an honorable legacy we should all strive to share, no matter our ability, our influence OR OUR REACH!