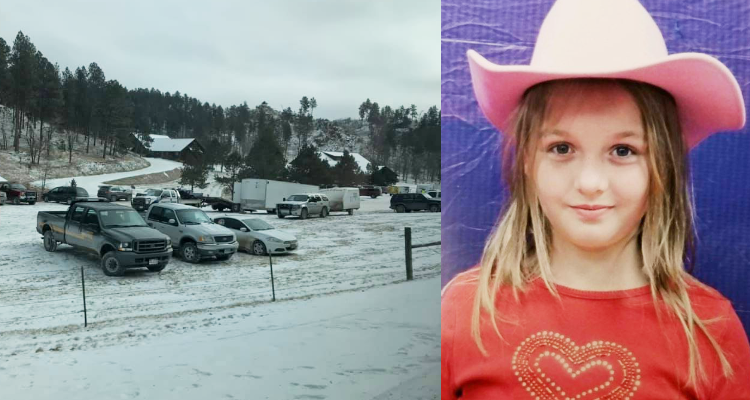 RAPID CITY, SD. (AP) — Authorities in western South Dakota say the search for missing 9-year-old, Serenity Dennard, is transitioning into an effort to recover her body.

The Pennington County Sheriff’s Office said Tuesday night that if the girl was outside, it’s unlikely she survived. The girl ran away from the Children’s Home Society near Rockerville on Sunday morning amid frigid weather.

Investigators say Serenity wasn’t wearing a coat when she slipped away from the residential youth home. The temperature in the area was about 29 degrees at the time.

Authorities have not ruled out the possibility that she found a warm place or that someone picked her up. More than 200 people assisted by dogs have been searching for the girl over the last three days.

Below is the official statement from the Pennington County Sheriff’s Office release late Tuesday:

The Pennington County Sheriff’s Office has made the decision to transition the search for missing nine year old Serenity Dennard from a rescue to a recovery operation. If Serenity was outside, it’s unlikely she survived. We have not ruled out the possibility that she found some place warm to shelter or that someone picked her up. We still have an active investigation and will follow up on all leads.

Serenity’s rescue has been the top priority of the Pennington County Sheriff’s Office since she went missing February 3 from the Black Hills Children’s Home. Sheriff’s Office personnel will remain in the area, but the recovery efforts will be scaled back until crews with specialized canines from Eastern South Dakota and Colorado arrive. These resources have been ordered, but their arrival date has not been confirmed.

Serenity Dennard is described as a Caucasian female, 4’7”, 90 pounds, with blue eyes and shoulder length dark blonde hair. She was last seen wearing only a long sleeved grey shirt with flowers, blue jeans and snow boots. She had no coat at the time she left the Black Hills Children’s Home on Sunday.

The circumstances of Serenity’s disappearance did not meet the criteria for an Amber Alert, which includes credible evidence that a child under 18 years old has been abducted. Given the dangerous weather conditions an Endangered Missing Advisory was issued by the state of South Dakota which also disseminates the information quickly across the region.

The investigation into Serenity’s disappearance has determined that she was last seen on South Rockerville Road walking north-bound near the Black Hills Children’s Home at 11 am on February 3. Again, the PCSO still has an active investigation. If anyone has seen or had contact with Serenity, do not communicate that information via social media. Please contact the Pennington County Sheriff’s Office at (605) 394-6115.