Signs for Missing, Murdered Native Women Go Up in Wyoming 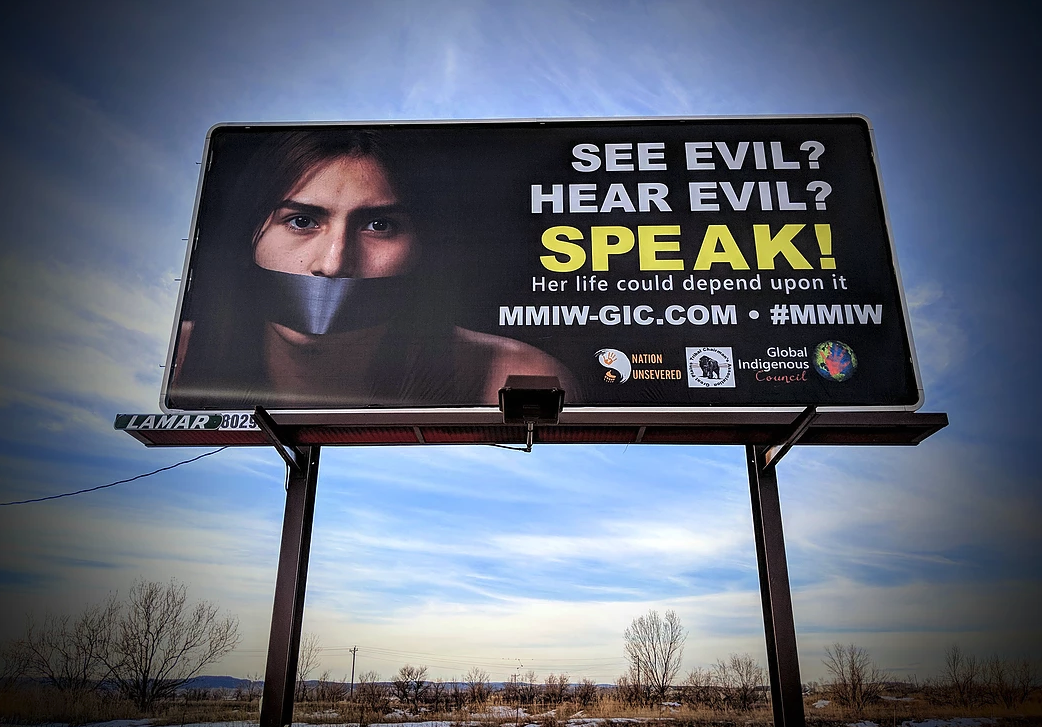 Signs for Missing, Murdered Native Women Go Up in Wyoming

CASPER, WY. (AP) — Billboards drawing attention to the thousands of murdered and missing American Indian women are being placed in Wyoming.

The Casper Star-Tribune reports one billboard is off Interstate 25 in Casper and a second will go up in Riverton next week.

The billboards are part of a campaign launched by the Global Indigenous Council and other groups.

The signs say “5,712 Native women were reported murdered or missing in 2016,” and they picture a woman with a red handprint across her face.

Council Senior Vice President Lynnette Grey Bull says the red handprint is a symbol for war and outcry among plains tribes that has come “to signify that we’re not going to be silent about this issue anymore.”

Five billboards have been placed in Arizona, Montana, Oklahoma and South Dakota.