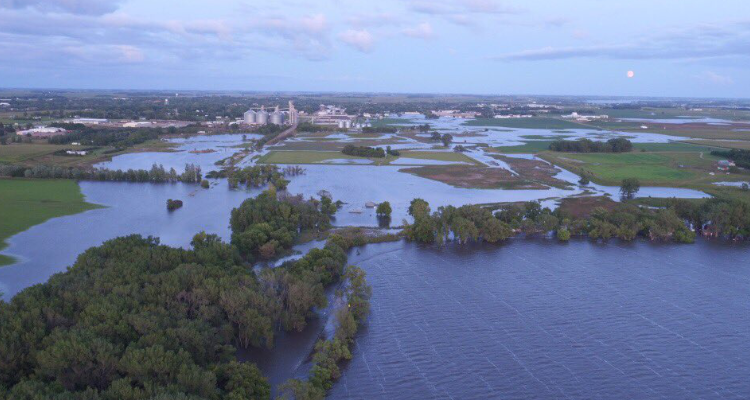 More than 7 inches of rain fell over two days near Madison, South Dakota. Up to 30 homes were evacuated Thursday morning, with many of those residents jumping into the bucket of a front-end loader to reach safety, Madison Police Sgt. Aaron Talich said.

Dakota State University was closed Thursday because of the flooding in Madison, which is northwest of Sioux Falls, and a no-travel advisory was issued in Lake County. Students on campus were urged to conserve water by not showering or doing laundry due to an overload at the city treatment plant.

The Big Sioux River above Dell Rapids surpassed March’s record-breaking flooding of 1,489.5 feet, the Argus Leader reported. The river was last recorded at 6 p.m. on Thursday at 1,489.09 feet, according to the National Weather Service. Flood stage is 1,481 feet.

According to the National Weather Service, up to 11 inches of rain fell over two days in parts of South Dakota.

Meanwhile, Xcel Energy said the number of customers still without power after three tornadoes struck Sioux Falls this week was down to about 1,200.