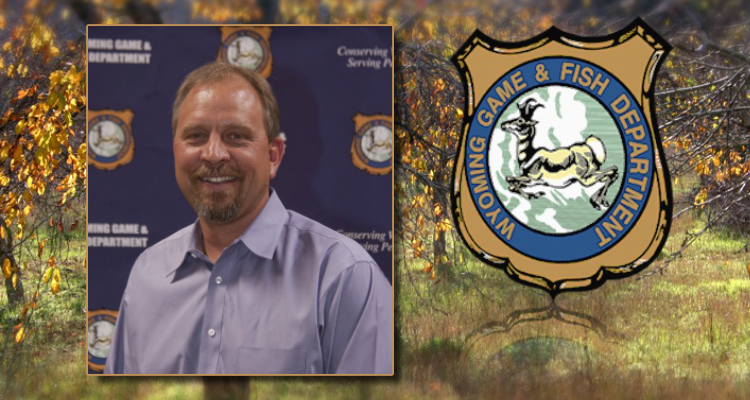 CHEYENNE, WY. – Wyoming Game and Fish Director Scott Talbott announced his retirement after 34 years of service with the agency. He was appointed as director of Game and Fish in 2011 by then Gov. Matt Mead.

“It has been an honor and privilege working with and for the people of Wyoming,” Talbott said. “The work has been both incredibly challenging and immensely rewarding. My colleagues who work for this agency are unbelievable stewards of Wyoming’s world-class wildlife and it was a joy working shoulder to shoulder with them throughout my career.”

Talbott, a third-generation Wyoming native, grew up and worked on the family ranch outside of Laramie and received his bachelor’s degree from the University of Wyoming. In the spring of 1985, he began his career with the department. Talbott worked in various capacities including elk feeder, game warden, wildlife investigator, regional wildlife supervisor and deputy chief of the wildlife division.

During Talbott’s tenure he lead the department’s efforts on a myriad of important Wyoming and western states wildlife issues. Notably during his leadership, Game and Fish made significant impacts on recovery efforts of endangered species. The department’s work on large carnivore recovery efforts contributed to the delisting of two species – wolves and grizzly bears. Wolves have returned to state management and since held two hunting seasons. The recovery of grizzly bears returned the species to state management for the first two-thirds of 2018 before a federal judge ruled to relist the species.

Wyoming’s leadership on sage grouse conservation underscored Talbott’s vision for collaboration through efforts to work side-by-side with a broad base of stakeholders to keep the bird from being listed. He also oversaw Game and Fish efforts to re-establish a population of black-footed ferrets in Meeteetse, the location where they were rediscovered.

Talbott contributed his expertise and experience on a national level to conversations and research about chronic wasting disease, bringing focus to Wyoming’s challenges. Under his leadership, Game and Fish increased efforts to monitor chronic wasting disease and gained a better understanding of the disease through research and on the ground monitoring. Game and Fish joined two collaborative efforts to research management of the disease. One project resulted in recommendations for strategies that states can use to potentially slow the spread and reduce prevalence of CWD. The other is a study of whether hunting may decrease the prevalence of CWD in deer populations.

Over the last year, Talbott shepherded Game and Fish through the development of a five year strategic plan that included a significant public input process and an extensive look at what is working well for Wyoming’s fish and wildlife management and what can be improved. The first-of-its-kind plan will support the department’s mission of “Conserving Wildlife and Serving People” long into the future.

“Scott provided excellent leadership and service to this state as director and in the decades he worked on behalf of wildlife and the public in many other roles,” said Gov. Gordon in a written statement. “Scott’s commitment to and knowledge of hunting, fishing, the wildlife laws and each of Wyoming species is hard to match. I know he will be missed and I wish him well in retirement.”

The Game and Fish Commission will present three candidates for the vacancy to Gov. Mark Gordon, who will appoint Talbott’s replacement.