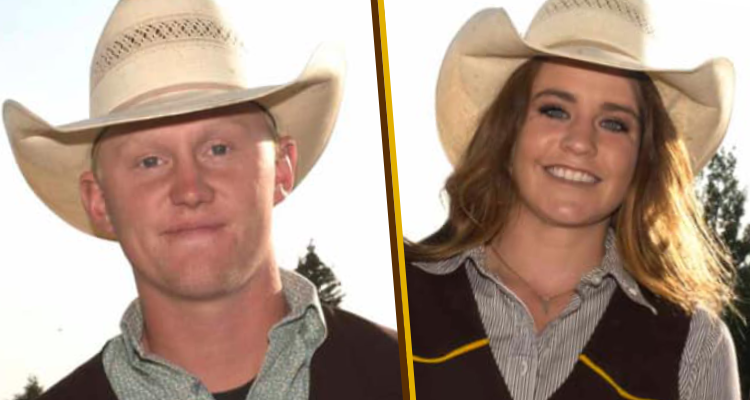 He was oh, so close.

Even though the University of Wyoming junior from Helena, Mont., recorded his worst time of the week in 6.0 seconds at the Casper Events Center, he more than likely will end up in Saturday’s short go.

Two UW Cowgirls also competed Tuesday and they, too, will have to play the wait-and-see game to know if they qualified for the championship round.

Everson’s third-round effort left him third in the aggregate at 16.5 seconds with two more nights of competition left. He is just five-tenths of a second out of the lead (JD Draper, Mid Plains) and a tenth of a second from the runner-up spot (Gabe Soileau, McNeese State University), making it one of the tightest races for an individual championship during the weeklong CNFR.

Coming out of the box cleanly, Everson managed to catch the steer’s horns, but he had trouble turning the steer over to stop the clock. It cost him the national lead.

“I wasn’t worried too much about the time I needed; I was more worried about setting him up better, and I didn’t do a very good job of it. But I did some things I wanted to do. I know I got some things to work on,” Everson said after his third run. “I had trouble turning him over. I kind of sat on my pockets a little too much; didn’t get back to pulling my legs back and getting all of the nose, which cost me a little bit.”

Everson said he feels confident he’ll be back for Saturday’s short go.

“I’m feeling pretty good, and I just have to make sure I put it all together instead of focusing on other things,” he said.

UW Cowgirl Rachael Calvo knows she lost a golden opportunity to take the barrel racing lead, but her third-round time of 14.56 seconds left her second in the average with one more round to go. Her slowest time of the week gave her an overall time of 43.30 seconds on three runs. She is a Bassett, Neb., sophomore.

An emotional Calvo said she lost the national lead on the first turn of the cloverleaf pattern.

“We kind of blew by that first barrel, and it really cost us a lot. The second and third were really good, but the first barrel kind of lost us our time,” a dejected Calvo said. “I think we’ll definitely make the short round, and we’re definitely going for the win.”

Senior Teisha Coffield, from Yuma, Colo., recorded a 6.8-second time in goat tying, which also was her worst time of the week. Her three-round time of 20 seconds left her fourth in the average with two nights of competition left.

“I kind of feel that I let one slip away. I messed up my flank, and I know that I shouldn’t have, but I guess it was good enough to leave me in the average for now. I just hope it holds,” Coffield said. “I think that God has a plan and, if it’s meant to be, it will happen. If not, then we’ll go at them next year when we get the chance.”

One other Cowgirl also competed Tuesday. Payton Donnelly’s season came to an end when she missed her calf in breakaway roping. The Elk Point, S.D., junior tied her first calf earlier in the week in 2.5 seconds, but didn’t cover the final two head.

With the third round underway through Friday, team scores will fluctuate until the end of the go. Both UW teams remain among the leaders.