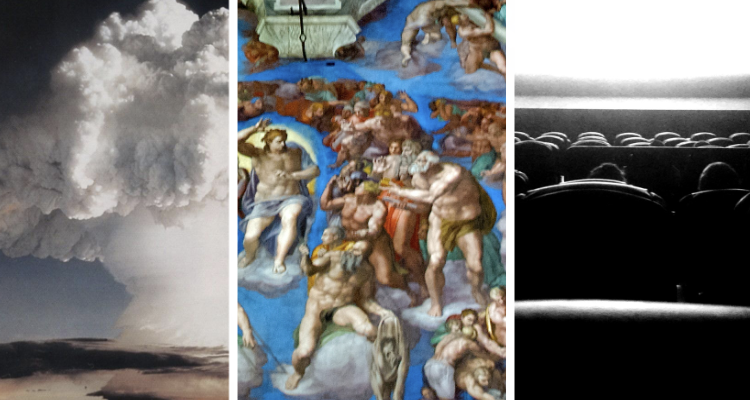 Here’s what happened on this date across history:

In 1512, Michelangelo’s just-completed paintings on the ceiling of the Vatican’s Sistine Chapel were publicly unveiled by the artist’s patron, Pope Julius II.

In 1765, the Stamp Act, passed by the British Parliament, went into effect, prompting stiff resistance from American colonists.

In 1870, the United States Weather Bureau made its first meteorological observations.

In 1936, in a speech in Milan, Italy, Benito Mussolini described the alliance between his country and Nazi Germany as an “axis” running between Rome and Berlin.

In 1949, an Eastern Airlines DC-4 collided in midair with a Lockheed P-38 fighter plane near Washington National Airport, killing all 55 people aboard the DC-4 and seriously injuring the pilot of the P-38.

In 1950, two Puerto Rican nationalists tried to force their way into Blair House in Washington, D.C., in a failed attempt to assassinate President Harry S. Truman. (One of the pair was killed, along with a White House police officer.)

On Nov. 1, 1952, the United States exploded the first hydrogen bomb, code-named “Ivy Mike,” at Enewetak Atoll in the Marshall Islands.

In 1968, the Motion Picture Association of America unveiled its new voluntary film rating system: G for general, M for mature (later changed to GP, then PG), R for restricted and X (later changed to NC-17) for adults only.

In 1989, East Germany reopened its border with Czechoslovakia, prompting tens of thousands of refugees to flee to the West.

In 1991, Clarence Thomas took his place as the newest justice on the Supreme Court.

In 1995, Bosnia peace talks opened in Dayton, Ohio, with the leaders of Bosnia, Serbia and Croatia present.

Ten years ago: Democrat Barack Obama and Republican John McCain plunged through the final weekend of their marathon race for the White House; McCain poked fun at his campaign’s financial shortcomings and his reputation as a political maverick in an appearance on NBC’s “Saturday Night Live.” Machinists union members ratified a new contract with The Boeing Co., ending an eight-week strike.

Five years ago: A man carrying a bag with a note that said he “wanted to kill TSA” opened fire with a semi-automatic rifle at a security checkpoint at Los Angeles International Airport, killing a TSA officer and wounding two others. (Gerardo Hernandez, 39, became the first TSA officer in the agency’s 12-year history to be killed in the line of duty. Paul Ciancia pleaded guilty to murder and 10 other charges in exchange for prosecutors dropping efforts to seek the death penalty; he was sentenced to life plus 60 years.) A U.S. drone strike killed Hakimullah Mehsud, leader of the Pakistani Taliban.

One year ago: Federal prosecutors brought terrorism charges against the man accused in the Manhattan truck rampage a day earlier that left eight people dead; prosecutors said Sayfullo Saipov had asked to display the Islamic State group’s flag in the hospital room where he was recovering from police gunfire. President Donald Trump tweeted that the suspect in the truck attack should get the death penalty. Prompting celebrations in a city still recovering from Hurricane Harvey, the Houston Astros won their first World Series championship, beating the Dodgers 5-1 in Game 7 in Los Angeles.