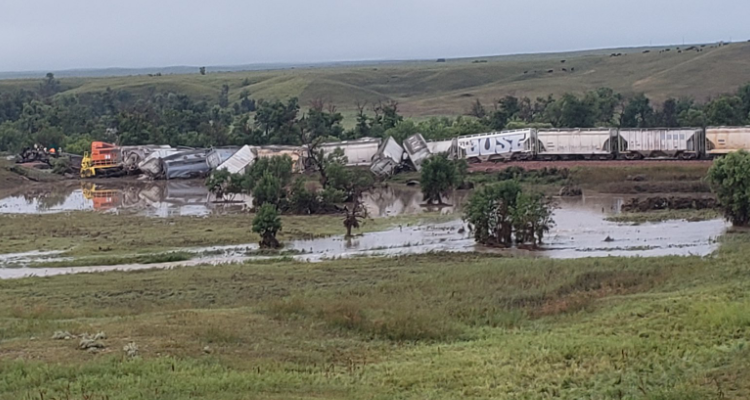 The three locomotives and about 15 cars derailed. The lead locomotive ended up on its side and partially submerged in water.
Authorities say the two-person crew was rescued from the lead locomotive. The crew members’ injuries appeared to be non-life-threatening, and they were taken by ambulance to Rapid City.
The 60-car train was carrying clay, cement and scrap metals. No first responders were hurt.