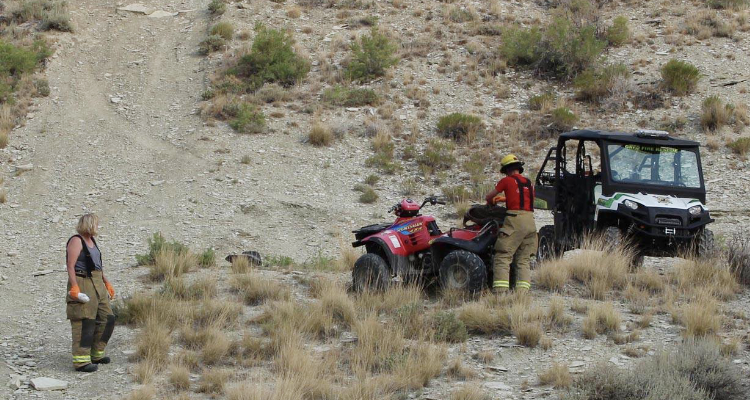 Corporal Matt Bartolotta of the Sheriff’s Office was dispatched at about 5:54 PM to the crash scene, about half-a-mile north of the Green River Outdoor Rifle Shooting Range located on the Scott’s Bottom Road.

Vigil and Clinton are believed to have been riding their ATV up a steep slope when the vehicle rolled over backwards. Clinton was transported to Memorial Hospital of Sweetwater County for treatment to his injuries, but Vigil was air-transported to Salt Lake City with serious head trauma.

According to Vigil’s family, Kayla was placed in a medically-induced coma in order to treat skull and facial fractures as well as internal bleeding. Vigil is now awake, but will likely face multiple surgeries to address her facial injuries.