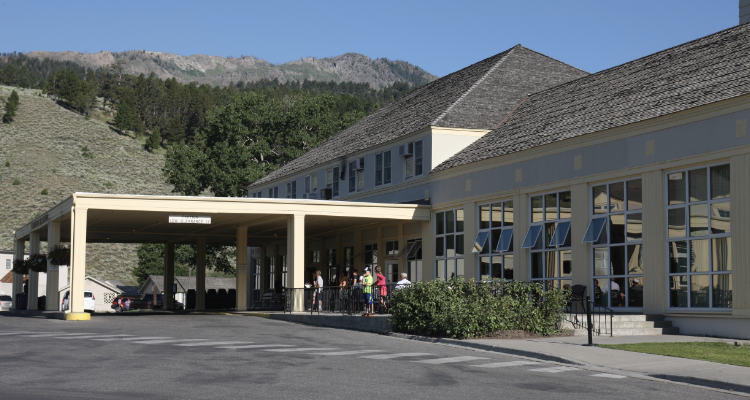 Washington, D.C.   –   U.S. Secretary of the Interior Ryan Zinke today announced more than $256 million in total approved funding to rebuild critical national park infrastructure. The list includes projects like the repair of the Arlington Memorial Bridge in D.C., the visitor access upgrade at Herring Cove Beach at the Cape Cod National Seashore,​ and the rehabilitation of the Elkmont Waste Water System at Great Smoky Mountains National Park—dire maintenance and repair needs that contribute to the $11.6 billion backlog currently facing the nation’s national parks.

Over $42 million of the approved Fiscal Year 2018 National Park Service construction project funding will go to projects at regional National Parks. Yellowstone National Park will receive over $21 million to rehab and seismic retrofit the Mammoth Hotel Guest Room Wings. Glacier National Park will be alloted $12 million to rebuild the Sperry Chalet, and Mount Rushmore will be replacing the Presidential Plaza paver system and rehabiliting it’s visitor center with close to $9 million in funding.

Roads, bridges, trails, water systems and visitor centers—even bathrooms, campgrounds and drinking fountains—are all part of this critical, but often unnoticed, infrastructure framework. In 2017, 330 million people visited the 417 NPS sites across the country. The NPS ​completed over $650 million in maintenance and repair work in Fiscal Year 2017, but aging facilities, ​high visitation, and resource constraints have kept the maintenance backlog between $11 billion and $12 billion since 2010.

“​​The President is a builder, he loves to build and he loves our National Parks, so it is a natural fit that the Administration is dedicating so much attention to rebuilding our aging parks infrastructure. ​These approved projects are more than just line items on an Excel spreadsheet. They have a tangible effect on a person’s experience when visiting our nation’s parks,” said Secretary Zinke. “Today’s announcement is another step toward eliminating the more than $11 billion in maintenance facing the National Park Service. It’s another step toward prioritizing infrastructure because it is an investment that bolsters local economies and gateway communities. And it is another step in prioritizing access for all Americans to our public lands.”