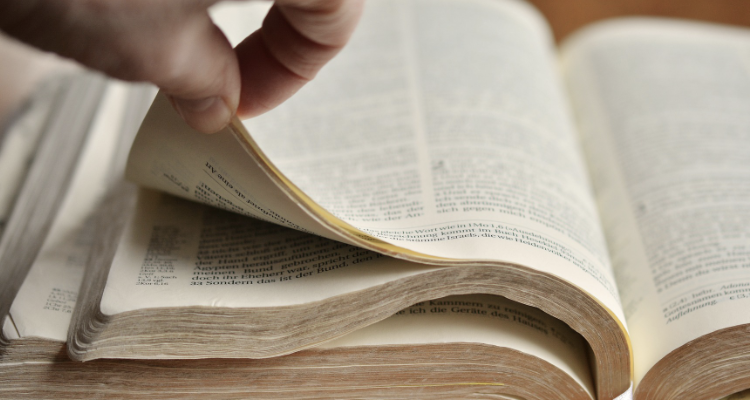 Wyoming   –   One day, a prison guard came to a Wyoming inmate’s room and said he was taking the chair from the room. It had been in that inmate’s cell the entire time he was incarcerated, but now the officer said it wasn’t his.

At first, a flood of anger overtook the inmate. Then, he remembered his stoicism education, brought to him by University of Wyoming Department of Philosophy and Religious Studies lecturer Robert Colter, Wyoming Pathways from Prison (WPfP) co-coordinator Alec Muthig and recent UW graduates.

The inmate realized the chair being removed was beyond his control, and the chair didn’t belong to him in the first place. Instead of confronting the officer, he sat peacefully on the floor.

It’s just one of many positive benefits inmates and Wyoming Department of Corrections officers have reported since stoicism classes began in summer 2017. Stoicism is an ancient philosophy that teaches that virtue, the highest good, is based on knowledge, and that the wise are indifferent to the vicissitudes of fortune and to pleasure and pain.

“I study ancient Greek philosophy and, for the ancient Greeks, philosophy was always very much about living a good life,” Colter says. “I think that’s a good thing to bring to people in general. Also, the prison setting is sometimes one in which people don’t have much of a clue about what it means to live a good life, which is why they’re there. It struck me as a pretty exciting place to try to bring this.”

Colter, who also leads a stoicism retreat open to the public each May, says there are a few central principles to stoicism. One is that some things are under our control — such as our thoughts, actions, responses and attitudes — and most everything else is not.

“If something is under our control, we should deal with it. If not, we should let it go,” Colter says.

There’s also a deep commitment to the idea that we’re all citizens of the universe.

“We’re all bound together,” he says. “Our actions and our choices should aim at the good of everybody. It provides an ethical foundation.”

Muthig, who is a co-founder of the WPfP program, also serves as UW’s information technology trainer and program manager. WPfP started, in part, because education programming is proven to lower recidivism. Inmates who participate in correctional education programs have 43 percent lower odds of returning to prison and a 13 percent higher chance of employment after release, according to a 2013 RAND Corp. report.

All WPfP courses are funded via grants. Muthig holds a master’s degree in philosophy and says it was an important study to add to the program’s lineup.

Last summer, Muthig and Colter offered a noncredit stoicism workshop at the Wyoming Honor Conservation Camp in Newcastle to a group of minimum-security inmates and a group from the Youthful Offender Program. After positive feedback from inmates and officers alike, nearly all of the correctional facilities in Wyoming placed stoicism at the top of their wish lists. So, this summer, the UW instructors taught credit courses at the Wyoming Women’s Center in Lusk and, for the first time, at the Wyoming State Penitentiary in Rawlins.

The one-credit course lasted a week, with students reading from Marcus Aurelius’ “Meditations” and Epictetus’ “The Enchiridion.” Students discussed and were given exercises to try on their own. They then wrote up their experiences and reflections to turn in. The course culminated in a final essay, with two video sessions to answer questions and provide feedback.

“They’re hungry to learn,” Muthig says of the inmates. “For the most part, they really want to make themselves into better people.”

Colter agrees that the inmates are very engaged students and adds that several expressed that studying philosophy taught them they could disagree civilly without taking things personally.

“A number of them have said they want to take more philosophy courses, because it helped them clear their thinking and approach things rationally,” says Muthig, who will teach an upcoming course on ethics.

— “The most valuable thing that I found was the opening of a door to higher education in the prison system.”

— “I didn’t just learn history; I learned tools which can be used for a lifetime.”

— “The students were engaged, myself included, and the instructors not only had wonderful personalities, but the messages they all delivered were extremely helpful and enlightening. This course has the potential, through its valuable precepts, to make not just my life better or people incarcerated like me, but also, people in general, from all walks of life.”

— “It was nice to be so engaged on a subject and also being pushed at every step to go further and expand on our thoughts and ideas.”

Both Muthig and Colter hope to offer more philosophy credit courses at Wyoming’s correctional facilities in the future. To learn more about the WPfP program, visit www.uwyo.edu/wpfp.