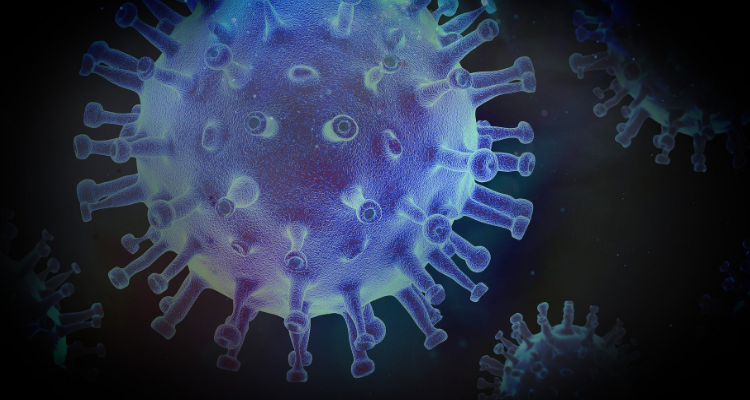 WYOMING   –  A University of Wyoming researcher was part of a team that recently studied correlations between a dozen environmental, economic and health variables with persons who contracted the novel coronavirus COVID-19 in 14 different countries.

More specifically, statistical analysis indicates that, among the 12 variables, the diabetes percentage of the total population and the extent of the population ages 65 and older in each country are correlated most strongly with the total number of deaths due to coronavirus in these countries.

“In this study, we looked at some other parameters that usually have not been considered in the current studies, such as the economic conditions, air pollution, age 65, diabetes, and so many other parameters, and suggested that age 65 and diabetes are the most important variables,” says Pejman Tahmasebi, an assistant professor in UW’s Department of Petroleum Engineering.

Tahmasebi was first author of a paper, titled “How Do Environmental, Economic and Health Factors Influence Regional Vulnerability to COVID-19,” that was recently posted in preprint on medRxiv, an internet site that distributes unpublished manuscripts about health sciences.

Other studies on the coronavirus have focused on measures, including social distancing, school closures, banning public gatherings and lockdowns at various levels that have been used to slow the pandemic, Tahmasebi says.

“In this study, we tried to look at this crisis from a different angle and say that it is not all about social distancing and other factors,” he says. “Some of the reasons that can increase the total number of deaths are uncontrollable, such as age, diabetes, etc. So, we are not saying that social distancing is wrong or ineffective, but there are some other parameters that define the vulnerability. For the parameters, we tried to select a combination of health, environment and economic, and came up with those parameters that are representative of those factors and ‘may be’ related for COVID-19.”

Countries that were part of the study are: Belgium, Brazil, China, France, Iran, Italy, Germany, the Netherlands, South Korea, Spain, Sweden, Switzerland, the United Kingdom and the United States. The countries were chosen because mortality statistics have been available to the public from the emergence of COVID-19.

For example, the reason for selecting CO2 emission is that particles in the air can carry the virus and expedite the spread. In some cases, those particles can help the durability of the virus even for a longer time, such as days, he says.

As of the morning of April 23, there were nearly 2.65 million confirmed cases of the coronavirus worldwide and 184,643 deaths due to the pandemic, according to the report published by Johns Hopkins University.

Persons can be exposed to the coronavirus through touching one’s own face or contracting it from another through airborne measures, Tahmasebi says. He adds it also has been shown that someone who contracts the coronavirus and recovers can potentially get the virus again.

“The recovered cases will still have those unrecoverable symptoms of COVID-19 in their lungs and neural system,” he says. “However, as I mentioned, we tried to say that people with those other diseases and (certain) ages should take social distancing more seriously.”

Although the strength of the correlations between the variable and the total number of deaths may change as the ongoing pandemic evolves, and data become more transparent, the study highlights the importance of integrating regional-specific variables in the modeling efforts aimed at projecting how the spread of the virus may influence different parts of the world.

Data for this study were provided by the World Health Organization, the World Bank and the Emission Database for Global Atmospheric Research of the European Commission.