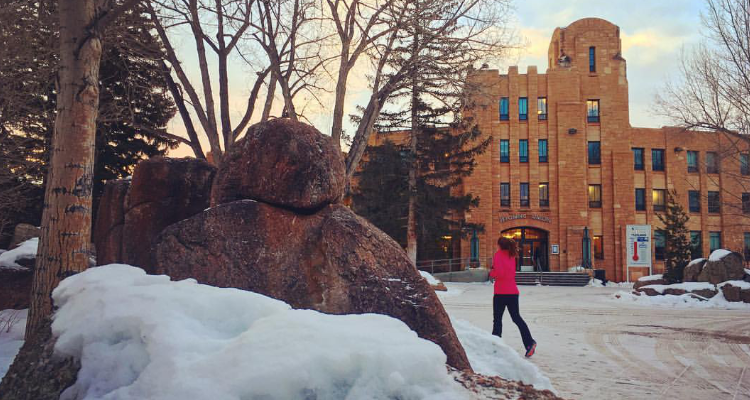 LARAMIE, WY. – The University of Wyoming has made the top 15 of a new list of the “50 Most Underrated Colleges in America.”

Business Insider, an American financial and business news website, last week published the list that was developed by the college preparation and admissions consulting firm CollegeVine. The rankings were based on cost of attendance and financial aid, career outcomes and overall return on investment (ROI).

“The traditional college rankings do a decent job of ranking the best universities but, because of how these formulas are constructed, there are some serious factors that get left out,” CollegeVine says. “When we look to advise families on colleges that are underrated, our primary focus is on outcomes — more specifically financial outcomes like starting salary and ROI, as well as qualitative outcomes like job placements.”

UW ties with Santa Clara University, the University of Missouri and Washington State University at No. 14 on the “Most Underrated” list, all with an overall score of 94 on the 100-point scale. UW receives a 100 for cost and financial aid; 92 for ROI; and 90 for career outcomes.

In 2017-18, 54 percent of undergraduates who came to UW as first-time students graduated with no student loan debt. For those who did have debt, it was $6,021 less than the national average. For UW graduates who received federal financial aid, their average salary, 10 years after entering UW, is $47,300.

In 2017, UW ranked No. 1 on Student Loan Hero’s list of “20 States Where College is Worth the Cost.” The website compared the cost of bachelor’s degrees in each state to how much holders of four-year degrees earn in those states.

In 2018, the consumer website Growella placed UW at No. 3 on its list of best-value universities in the nation.

And College Factual has ranked UW No. 10 on its list of “Best Colleges for the Money.”