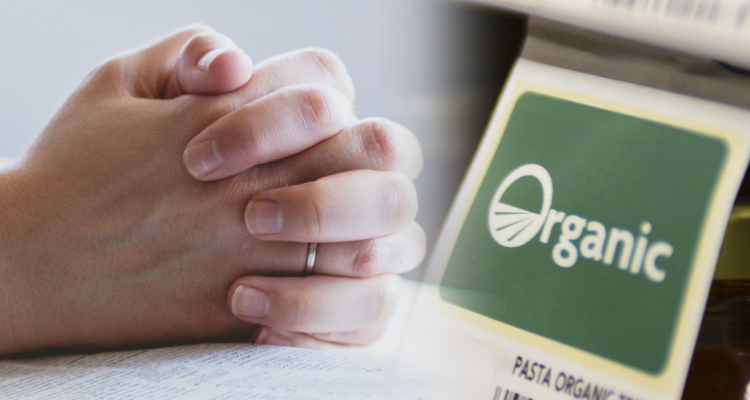 LARAMIE, WY. – People with strong religious beliefs are more likely to buy fat-free, sugar-free or gluten-free foods than natural or organic foods, according to new research that could influence the marketing of those specialty food products.

Testing the theory that religious and moral beliefs are among the drivers of consumer decisions at the grocery store, researchers from the University of Wyoming, Arizona State University and Oklahoma State University found that such considerations are indeed a factor when it comes to purchasing what they describe as “diet-minded” and “sustainability-minded” foods.

“Religion is the deepest set of core values people can have, and we wanted to explore how those values impacted the market choices people make,” says Elizabeth Minton, associate professor of marketing in UW’s College of Business and lead author of an article in this month’s edition of the Journal of Business Research. “We found religiosity influenced the selection of more diet-minded foods, which suggests the motives for consuming gluten-free or fat-free foods might not be the same as natural and organic foods.”

In a series of four experiments, the research team tested the influence of religiosity, or how generally religious a person is, on the specialty foods people choose to buy and eat. The researchers also looked at which moral beliefs were behind those food choices. The study was carried out online and included responses from over 1,700 people across the United States.

“Often, people make intuitive decisions about food that could require more careful thought,” says Arizona State’s Kathryn Johnson, assistant research professor of psychology. “People might make choices based on a cultural narrative or their religious and moral beliefs, without giving measured thought to whether there is a better option.”

The researchers hypothesized that highly religious consumers would be accepting of special food restrictions such as sugar-free, gluten-free and fat-free, based in part on scriptural condemnation of gluttony — and the fact that some religions provide dietary guidelines. Previous research also suggested that highly religious consumers don’t buy sustainability-minded foods because they don’t want to be associated with groups that prioritize environmental issues.

The new research found that, in fact, diet-minded food products do have a particular appeal for religious consumers — likely because they generally prioritize the moral principle of purity, and purity is associated with self-control and behaviors such as restrictive diets.

On the other hand, the researchers saw mixed results on the issue of whether religious people specifically avoid sustainability-minded products such as organic and natural foods. One of the experiments found that religiosity does have a negative correlation with such foods, but the others found no correlation.

In their examination of which moral beliefs influence food preferences for religious and nonreligious people, the researchers focused on the moral foundations of “care” and “purity.” Care includes feelings of empathy and compassion toward others and has been linked to environmentalism. Purity is linked to attendance at religious services, cleanliness and self-discipline.

“People have different moral intuitions, or moral foundations,” Johnson says. “Some people might be motivated to avoid harming others, including animals, while others might be driven by loyalty to their group or avoiding pathogens.”

Still, “(W)e can surmise that highly religious individuals may seek to be ideologically pure by actually rejecting organic or natural food products,” the researchers wrote. “As such, marketers can leverage this knowledge to design better products and marketing communications to address the moral foundations driving special food consumption.”

Overall, the research illustrates that there are ample opportunities for marketers of specialty food products, the team says. Marketers could consider integrating religion to create target markets for certain products, and they could pursue subtle ways to highlight the fit between specialty food products and a consumer’s religion — such as using the words “pure” and “purity” in labeling and advertising.

“The findings from our work can directly help businesses promote food products to specific groups of people without potentially alienating customers by including religion,” says Richie Liu, assistant professor in the school of marketing and international business at Oklahoma State University and a co-author of the paper.