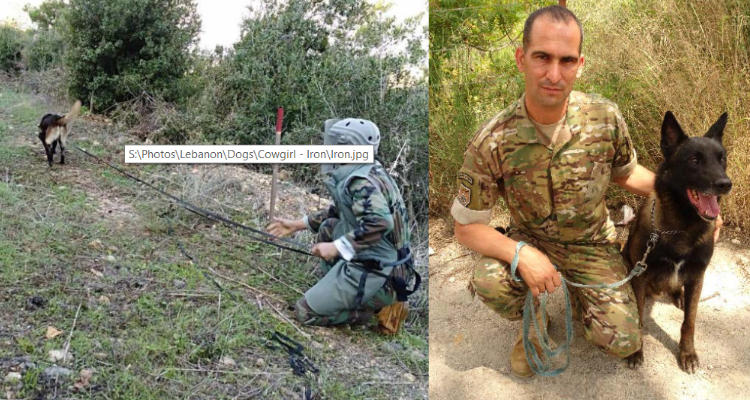 LEBANON | WYOMING – In 2015, the Wyoming Association of Broadcasters donated money in support of the Marshall Legacy Institute’s humanitarian programs. These donations played a part in helping to train a mine detection dog, named “Cowgirl”, to work detecting land mines in Lebanon. Cowgirl is now conducting lifesaving work with the Lebanese Armed Forces to ensure that people in Lebanon may walk, play, and work safely without the fear of mines.

Below is an update on how the canine hero, Cowgirl, is progressing in efforts to keep people safe.

Mine detection dog, Cowgirl was donated to the Lebanese Armed Forces (LAF) in 2015. In October and November of 2018, Cowgirl provided assistance to the manual demining team in the provinces of Matn, Jbeil, and Zahle. Together with the other mine detection dogs, Cowgirl searched 42,310 square meters of land throughout 2018. During the last quarter of 2018, Cowgirl’s work directly benefited 1,625 people! All of the land searched by Cowgirl has been returned to the people for safe use in agriculture and housing development. MLI’s Mine Detection Dog Team trainer evaluated the dogs in July and August 2018, and reported that Cowgirl is performing excellently and is assisting the Lebanese Armed Forces in expediting landmine clearance operations.