What Does Science Say About Thirst & Refreshment? 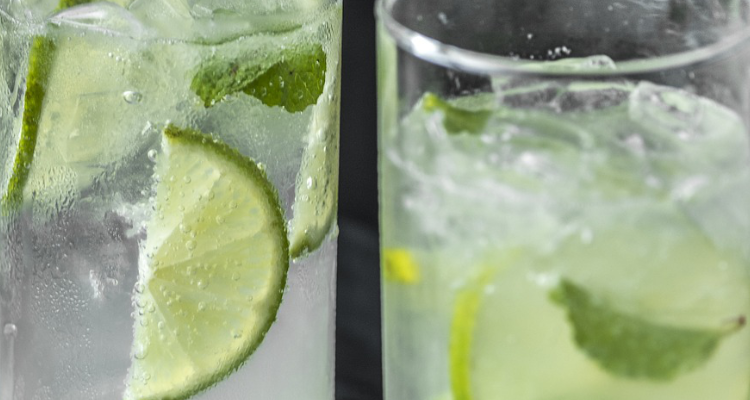 What Does Science Say About Thirst & Refreshment?

How do we know when we are thirsty? How exactly does that work? And, what is the best drink to satisfy that thirst and bring refreshment on a hot day? These are some of the questions that we will be exploring today, on this National Refreshment Day!

Where Does Thirst Come From?
One of the first things we want to do after spending time in the hot summer sun is reach for a nice cool and refreshing beverage! Depending on what we reach for, that delightful drink, may or may not actually quench our thirst. But, let’s not get to far ahead of ourselves here. Before that, where does thirst come from?

Until recently, many scientists believed that a region in the brain, called the hypothalamus, was solely responsible for making us feel thirsty. When it detected a drop in the hydration in our blood, boom, thirst.  If this is the case, then why would a beverage begin to quench our thirst almost as fast as it touches our lips and tongues. A study released earlier this year, conducted in mice, led neuroscientist Zachary Knight,  and associate professor Howard Hughes to come to the realization that it is in fact two sets of sensory signals that control our feelings of thirst. One in the mouth and throat, and the other in our gut, working in tandem. While drinking almost immediately shuts down neurons in the brain, they may not stay shut down for long if the sensory signals, which serve as a checking-mechanism, in the gut remain unsatisfied. In other words, you COULD drink salt water, which would satisfy your mouth, BUT you would still be thirsty shortly thereafter, because your gut is bound to disagree. Both the mouth and throat, as well as the gut must agree for thirst to be satiated!

Could This Thirst Connection Mean More?
Now, many people reach for a cold soda pop on a hot day. Maybe it’s because they prefer the taste, or maybe because it’s familiar. Either way these findings do raise some interesting questions. For example, could these connections between mouth and stomach actually enhance thirst satisfaction or some sort of reward center when hydration and other nutrients, (like sugar) are consumed in liquid form together?  Maybe there is indeed something more to reaching for a soda when looking for something to quench your thirst after all. Unfortunately, for soda fans, science hasn’t decided that as of yet.

Sour Drinks Are Associated with Refreshment
One obvious answer to a drink that is able to quench our collective thirst is lemonade. Lemonade has long been synonymous with summer thirst, having been advertised for as long as many of us can remember.  But, more specifically, it is the acidity which science connects with lemonades ability to satisfy thirst. This is due to the stimulation of salivation. Acidic drinks both wet the mouth and give the impression of hydration long after your drink is finished.
Perhaps this is why, American settlers, while working outside on a hot summer day, used to cool off with a cold glass of vinegar water!  Sounds tasty, right? No. Remember, lemons weren’t always at hand, and it was effective. So that’s something.

Coke Is Said to Mimic the Acidity of Vinegar
Here’s one more interesting note about the thirst quenching abilities of acidity. It can also mask less refreshing flavors. Just ask the makers of Coca-Cola! While a Coke has a whopping 39 grams of sugar per serving. Coca-Cola is specifically pH balanced with acidity to mask the sweetness, so much so, that its pH is equivalent to vinegar! Interesting marketing huh!?

What About Sports Drinks?
Sports drinks are specifically formulated to meet the urgent needs of athletes to replenish the body’s lost fluid and electrolytes. High intensity athletes, operating in a hot environment, need these specifically formulated ingredients to keep them from losing too much fluid, faster than their gastrointestinal tract can absorb it. That means that for the body of the average jogger or person mowing the lawn, these drinks are definitely overkill! So while they may taste great, or provide refreshment, sports drinks probably aren’t the ideal drink for many of us in the summer. Although, they would certainly be better than nothing at all.

If Not Acidity, Then Carbonation is the Answer!
Science has shown that another popular sensation when we are looking to quench our thirst is carbonation. In another new study, oral stimulation, by way of carbonation, and cold temperature, proved to be two of the biggest factors in quenching thirst. Even over the popularity of acidity. So, while the sugary content of soda won’t do you too much good on a hot summer day, perhaps a cold glass of bubbly unsweetened seltzer water will do right by you!

Just Stay Hydrated, No Matter Your Choice!
So while you shouldn’t reach for a sugary soda, or even a sports drink under most circumstances, it’s looking like a glass of  clean, pure and healthy hydrating water, a cold shot of lemonade, or a some unsweetened seltzer water may just be your best bet!

In the end, no matter what science says, or no matter your personal preference, the most important thing you can do for your body in the harsh heat of the summer is to stay hydrated!

So, on this National Refreshment Day, grab a refreshing drink of whatever you like! Think twice, about the health benefits if you must, but no matter what you do, stay hydrated and be refreshed my friends!