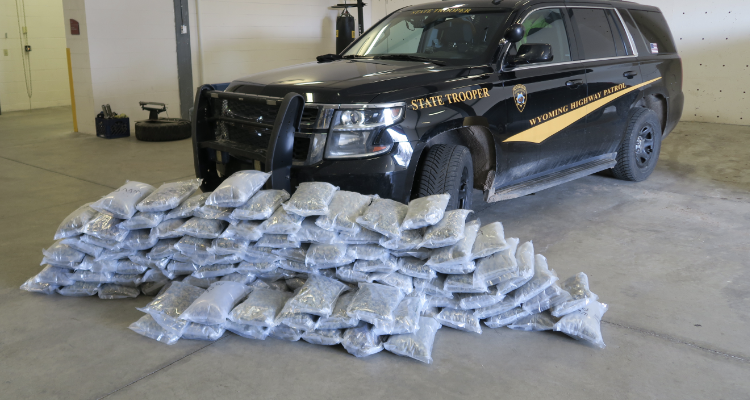 Troopers arrested driver Ngoc Thi Bich Pham, 39, and her passenger Hung Minh Nguyen, 45, both of Renton, Washington, following a traffic stop on Interstate 80 eastbound at 1:45 p.m. They were charged with possession of a controlled substance in plant form more than three ounces, possession of a controlled substance with intent to deliver and conspiracy to commit a felony, which are all felony charges.

The arrests happened after Pham stopped at the road closure gate asking troopers why the road was closed. The road was closed eastbound of Cheyenne to the state line due to hazardous road conditions in Nebraska.

Troopers also noticed an odor coming from her vehicle that smelled like marijuana. They saw a blanket covering several large suitcases on the rear seat that reached the rear window of the vehicle.

With the odor of raw marijuana present, troopers had probable cause to search her vehicle.

Inside, they found 108 clear plastic packages containing a green leafy substance suspected to be marijuana.

Troopers also found a backpack belonging to Pham on the rear seat floorboard under the bags of suspected marijuana. Evidence inside the backpack indicated a large money laundering enterprise.

Troopers read Pham and Nguyen their rights and interviewed them. Nguyen said he gets paid about $18,000 and Pham about $4,000 relating to the incident.

They were taken to the Laramie County Detention Center and booked in on felony drug charges.