WHP trooper injured in collision with commercial truck near Colony 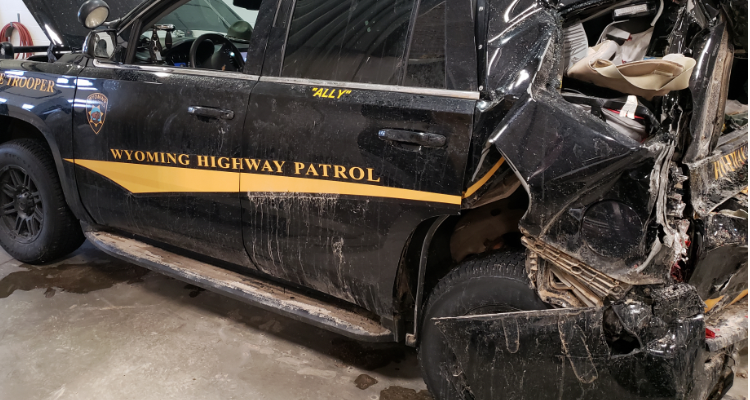 WHP trooper injured in collision with commercial truck near Colony

The trooper was stopped on the shoulder of the roadway finishing up with a previous crash. An eastbound commercial vehicle jackknifed, causing the trailer to strike the back of the stopped WHP patrol vehicle. The trooper, who was in the driver’s seat, was knocked unconscious. A passing motorist who witnessed the crash stopped and called for assistance using the trooper’s radio.

The WHP trooper was transported to Monument Health in Spearfish, South Dakota, for injuries sustained in the crash. The trooper who was injured also is assigned a K-9. His K-9 partner was inside the vehicle when he was struck, but was not injured.

The driver of the commercial vehicle was not injured in the crash.

The Wyoming Highway Patrol would like to remind motorists to slow down when driving on snow or ice-covered roadways.