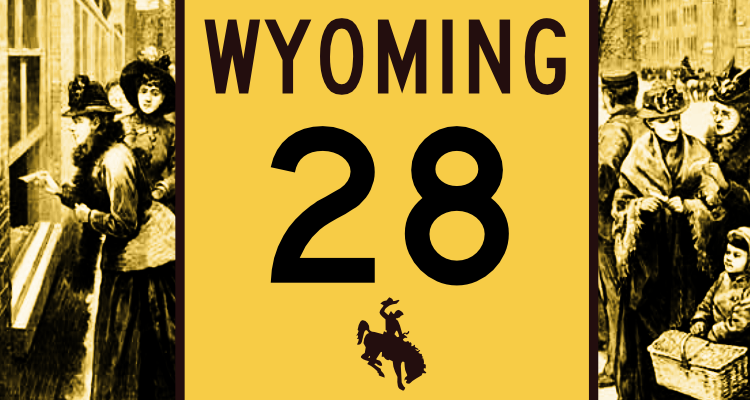 “The passage of this bill and its signing by Governor Mead will do a great deal to highlight a shining period in Wyoming’s history nearly 150 years ago when the Territory of Wyoming became the first government in the world to advance Women’s Suffrage. Wyoming holds the honor of being the first state to grant women the right to vote and to hold office, and that remarkable achievement would not have been possible without two residents of South Pass City – the first woman Justice of the Peace, Esther Hobart Morris, and the President of the Wyoming Territorial Legislature, William H. Bright,” said Secretary of State Buchanan. “I congratulate Senator Tara Nethercott on successfully shepherding this piece of legislation through the legislative session, and I want to thank several of my staff who, as members of the Governor’s Council for the Wyoming Women’s Suffrage Celebration, worked hard from the get-go to make this designation possible.”

The renaming of a 19 mile portion of State Highway 28 from the Fremont County line northeast to the boundary of the Shoshone National Forest the “Wyoming Women’s Suffrage Pathway” coincides with the 150th Wyoming Women’s Suffrage Celebration, which commemorates the Wyoming Territorial Legislation of 1869 “an act to grant to the women of Wyoming Territory the suffrage, and to hold office.”

The Transportation Commission of Wyoming unanimously approved the highway designation and issued a resolution in support of its naming. The Secretary of State’s Office looks forward to celebrating the official dedication of the “Wyoming Women’s Suffrage Pathway” in Fremont County later this year.