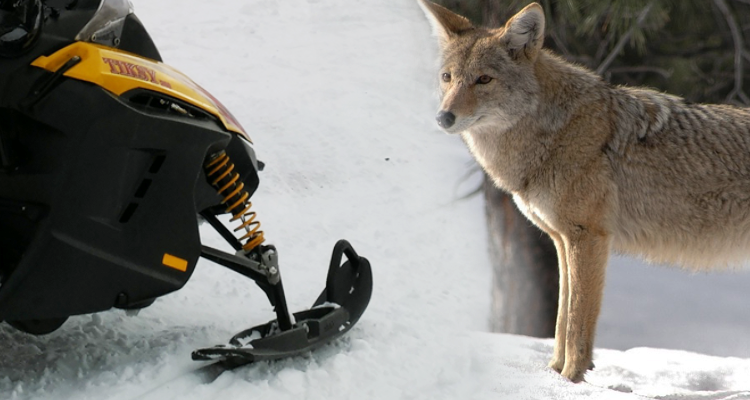 JACKSON, WY. (AP) — A Wyoming interim legislative committee has rejected a proposal to prohibit killing coyotes by running them over with snowmobiles.

Yin’s bill, which he first tried to push during this year’s legislative session, was rejected at a recent hearing in Thermopolis. It was inspired by Lisa Robertson, a Jackson Hole wildlife activist who has posted online videos of so-called “coyote whacking,” disgusting hunters and non-hunters alike who abide by fair-chase ethics.

“This type of slaughter is legal in Wyoming,” Robertson told the Travel, Recreation, Wildlife and Cultural Resources Committee. “Our native carnivores are exceptions from common-sense protections under Wyoming law.”

Coyotes are classified as predators that can be killed indiscriminately, along with red fox, skunks and raccoons.

“I think we can all take a stance and say that there is a line somewhere,” Yin told the committee.

Most members of the Travel, Recreation, Wildlife and Cultural Resources Committee told Yin the panel wasn’t the proper forum for the bill.

“We have a predator board that regulates predators in the state of Wyoming,” said Albany County Republican Sen. Glenn Moniz.

“I’m ultimately disappointed in the Legislature,” he said.