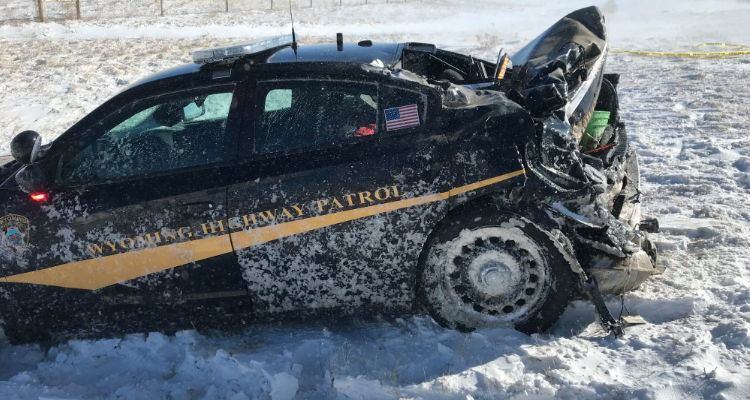 WHEATLAND, Wyo. (AP) — The Wyoming Highway Patrol says one of its troopers has been suffered minor injuries in an accident on Interstate 25.

The patrol says the trooper was stopped on the shoulder while assisting a stranded motorist at about 1 p.m. Thursday south of Wheatland when a commercial truck struck the trooper’s patrol vehicle.

The trooper was inside her patrol vehicle with her seatbelt fastened at the time of the collision. The trooper was taken to Platte County Memorial Hospital for treatment of minor injuries.

The crash caused the northbound lanes of I-25 to be closed for a time.

The driver of the commercial vehicle was not hurt.

There was no immediate word on any citations being issued.