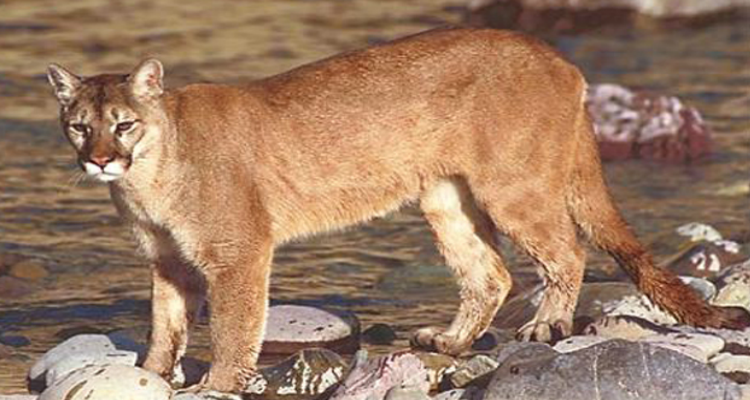 Photos shared via Instagram, Snapchat and Facebook, including publicly accessible images, were deleted, but not before other hunters recognized the landscape and alerted game wardens. While pressing 19-year-old hunter Corbin Simmons about the incident during a Jan. 10 interview, Yellowstone special agent Jake Olson explained what led him to the case.

“You know, we ended up getting a lot of this information from a guy in Bozeman off of Facebook,” Olson said, “because you guys put a bunch of stuff on social media.”

The law enforcement ranger lectured the young hunter, explaining that free-running hound dogs giving chase to lions accidentally cross into Yellowstone with some regularity and the right thing to do when that happens is to report the incursion and leave the treed cat unscathed.

“Obviously, that’s where the major error occurred here,” Olson said. “You guys have to police yourself out there. You gotta do this right.”

The exchange comes from a transcript included in an investigation report that led to the conviction of 20-year-old Austin Peterson, 20-year-old Trey Junhke and Simmons, all from Livingston, Montana.

Yellowstone officials publicized the case after it had been adjudicated in May, but park officials declined to make law enforcement officers available for an interview or answer follow-up questions about details in their press release. The Jackson Hole News & Guide reports it obtained investigation documents, which are public records, through a Freedom of Information Act request.

During separate interviews about a month after their hunt, the three men repeatedly got their stories crossways. They confused details like when they saw boundary posts, who shot at the lion and what color Peterson’s GPS screen displayed when the device supposedly malfunctioned.

Peterson told Montana warden Drew Scott that a faulty GPS showed “all white,” while Junhke claimed that it was “just pure black.” Another account passed to authorities claimed the screen went purple, and Junhke later amended his recollection to “purplish black.”

Accounts also differed over who shot at the mature male lion, with Junhke initially denying discharging a firearm. State and federal law enforcement officers eventually ascertained that all three men fired at the lion, which was hit a total of eight times, according to the investigation.

After hounds initially treed the cougar, one of the men reportedly climbed the tree to “knock it out” so that the dogs could continue to give chase. Treed a second time on a hillside overlooking the Yellowstone River, the lion was shot in the chest with a Glock .45-caliber pistol. The animal jumped and was fired at again, but managed to run an estimated 80 yards (73.1 meters) before being shot and killed where it took refuge under a rock.

The hunters again told conflicting stories when asked where they killed the cat.

Initially, Peterson told warden Helms that they left the carcass at the kill site after skinning the animal and taking some meat and its skull. But Simmons told warden Drew Scott that they “took it,” leaving the remains in the Gallatin National Forest about 2 miles north of where the cat was killed.

While registering the lion with Montana state wildlife officials in Bozeman, Simmons provided a township and range that was 2 1/2 miles (4 kilometers) away from the true location of the kill.

A Facebook picture Peterson posted looking down into the Black Canyon of the Yellowstone convinced another mountain lion hunter that the trio illegally killed the tomcat in the park. After hearing from people who suspected that Peterson was in the park, the photo was deleted.

Peterson wrote in a statement that a “few days” after the lion was shot he looked at his hunting app, which shows land ownership jurisdictions and realized there was a “good chance” the animal was poached in the park.

“I was extremely worried,” he stated in writing, “but decided to just see what happened.”

On May 3 a federal judge sentenced Peterson, Junhke and Simmons to uniform sentences for violating the Lacey Act. They all pleaded guilty and were ordered to pay $1,666 each in restitution, sentenced to three years of unsupervised probation and stripped of their hunting and fishing privileges for three years.

“Their thorough work spotlighted this egregious act,” Webster said, “and the consequences incurred for hunting illegally in Yellowstone National Park.”

Special agent Olson tried to impart some lessons during his interview with Simmons, too. The violation, he told the young hunter, is a “huge, huge crime.”

“It has huge penalties, and it can have fallout that can last your whole life,” Olson said. “I want you to understand how close you were to (a) completely life-altering mistake in that regard. And it doesn’t matter that you necessarily didn’t realize you were in the park.”
___
Information from: Jackson Hole (Wyo.) News And Guide, http://www.jhnewsandguide.com