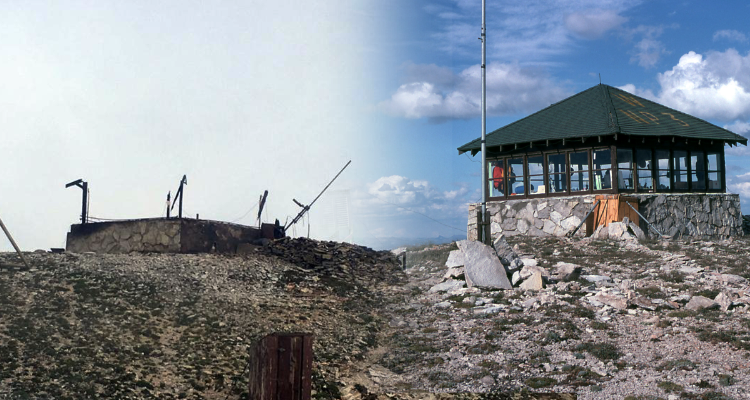 YELLOWSTONE NATIONAL PARK (AP) — A fire lookout tower in Yellowstone National Park has burned after being struck by lightning.

A photograph taken from a helicopter Wednesday shows the structure burned to the ground, leaving only its stone foundation.

A radio repeater was also damaged.

Officials say staff members were unable to fly to the site by helicopter Wednesday because of high winds, but plan to try again soon.

The park has temporarily closed the summit and part of the Mount Holmes Trail.