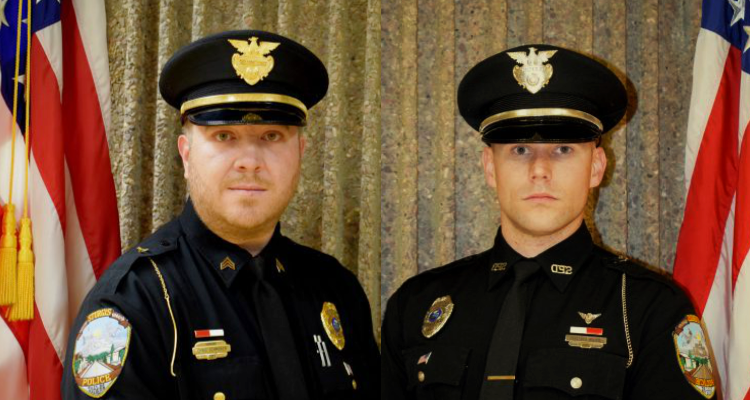 STURGIS, S.D. (AP) — Two Sturgis police officers who pulled a man from a burning home in May 2018 are among 18 people selected to receive Carnegie Medals, known as the nation’s highest civilian award for heroism.

Sturgis Police Sgt. Christopher Schmoker and Officer Dylan Goetsch are being recognized by the Carnegie Hero Fund Commission for rescuing Jason McKee, who had passed out from heavy smoke in an upper-level bedroom., the Rapid City Journal reported.

“I’m forever indebted to those two men,” said McKee, 49, who is still recovering from smoke inhalation and burns to his throat.

Using water-soaked clothing tied around their faces as makeshift masks, the two officers dragged McKee’s unconscious body down a stairway and got him to the home’s front door, seconds before the fire overtook the living room and hallway where they had just been.

“We didn’t do anything any other cop wouldn’t have done. We just happened to be the two that were there,” said Schmoker, 39.

Goetsch, 29, said he doesn’t consider himself a hero.

“When you take a job in law enforcement or as a first responder, you want to help people,” Goetsch said. “This is what I signed up for.”