A world without sports 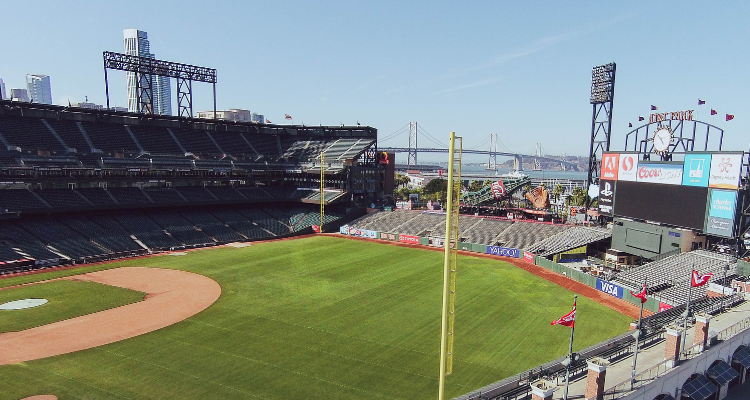 A world without sports

By LARS DZIKUS, University of Tennessee

Baseball’s opening day came and went. The Olympics have been postponed. Football in the fall? Don’t count on it.

With COVID-19 infections and deaths rising each day, the cancellation of live sporting events might seem like an afterthought. But in the coming weeks and months, their absence will undoubtedly be felt.

This isn’t the first time sports have been put on hold. During previous crises and conflicts, sports have been stopped. But in the past, the reprieve was brief; sports went on to act as a way to bring Americans together, persevere and, ultimately, heal.

Sports are so important to so many of us that some have likened them to a modern religion, replete with rituals, saints and shrines.

“Sports are more than games, meets and matches,” sociologist Jay Coakley has observed. “They’re important aspects of social life that have meanings going far beyond scores and performance statistics.”

Research suggests that watching sports can benefit physical well-being. Fandom can also be linked to psychological benefits such as an increased sense of belonging. When spectators experience social connectedness to other fans, it can reduce negative emotions, like depression and isolation.

For these reasons, sports, during times of crisis, often act as a salve.

At the onset of the Civil War, baseball was less than two decades old, and the first two years of the war hit the young sport hard. As several players enlisted and others focused on civilian war efforts, many clubs folded or played reduced schedules.

Still, as historian George Kirsch has noted, baseball “endured the trial of civil war remarkably well, persisting and even progression under trying circumstances.” Union soldiers brought the game to the battlefield, playing to stay fit and get some much-needed distraction. In the process, they exposed many of their fellow countrymen to the game for the first time. After the war, baseball’s popularity boomed.

Sports went on to endure both World War I and the 1918 flu pandemic.

The ranks of college football players, for example, were vastly depleted, with many student-athletes going into active duty. Others joined the newly established Student Army Training Corps on their campuses and were often kept out of practices and games. Still, the games went on, with freshmen permitted to fill the rosters.

Overseas, in Europe, millions of American troops continued to engage in baseball, football and boxing behind the front lines as a respite from the drudgery of trench warfare. Sports and athletics, according to historian Steve Pope, became “central components of military life.”

The first wave of the flu arrived in the U.S. in the spring of 1918, but the second, stronger wave hit right at the onset of the college football season.

Given the shortage of players due to the war, discussions to cancel the 1918 season were already underway when the flu returned.

Michigan had played only one game when the governor shut down public gatherings. A game against rival Michigan Agricultural College – now Michigan State – was postponed for concerns that “prolonged cheering at the games would weaken the throats of the spectators, thus making them more susceptible to the disease.” Nationwide, hundreds of college games were canceled.

Nonetheless, as flu cases subsided in November 1918, Michigan was able to play four more games. Undefeated Michigan and Pitt were titled co-champions, despite having played only five games each.

Bringing the country together

Following the December 1941 attack on Pearl Harbor, some wondered whether it was even appropriate to hold sporting events. Then President Franklin D. Roosevelt sent the so-called “green light letter” to Major League Baseball commissioner Kenesaw Mountain Landis in January 1942.

In it, Roosevelt wrote that “it would be best for the country to keep baseball going.” The people, he added, “ought to have a chance for recreation.” The 1942 season went on as scheduled. Women’s-only baseball leagues also became popular during this period. At its peak in 1948, the All-American Girls Professional Baseball League attracted close to 1 million spectators.

On the day of the attacks, Major League Baseball immediately postponed all 15 games; over the next six days, 91 games were canceled. The last time the league had canceled games without a player strike had been D-Day in 1944.

Yet games resumed on Sept. 17, and the World Series was played in November. The Super Bowl was also pushed back, but went on as planned.

According to sports scholar Rebecca Kraus, baseball’s return, in particular, “provided an emotional release, sense of hope and a place for the community to gather in its time of need, thus fulfilling its role as the national pastime.”

E-sports into the void?

The current sports stoppage, however, is unprecedented. It touches every level of every game, in every country in the world, from the Olympics down to pickup basketball.

In the battle against the coronavirus, sports cannot be relied upon. In fact, sports are among the culprits: Officials have discovered that a February soccer match in Milan, Italy, led to a massive outbreak that accelerated the spread of the virus.

In all of this, there’s an important point to consider. We’re still processing the many jarring changes to our routines. And when sports return in a year or two, our perception of this strange hiatus will have certainly changed.

We might marvel at how quickly sports bounce back and pick up right where they left off. At the same time, when sports do resume, who could blame fans for being wary about attending games?

Sports shouldn’t be taken for granted. In the great scheme of things, organized sports are a relatively recent phenomenon – less than 200 years old in the United States. Who knows what sports will look like 50, 100 or 200 years from now. Starting at about 776 B.C., the ancient Olympic Games lasted for 12 centuries. Today they’re long gone.

Could, over time, the steady threat of global calamity also relegate our current conception of sports to ancient history?

Already, one relative newcomer to the sporting scene has filled a void. Despite some initial hiccups, televised e-sport tournaments are still being held as planned.