ACLU Wyoming chapter working to make sure all votes count 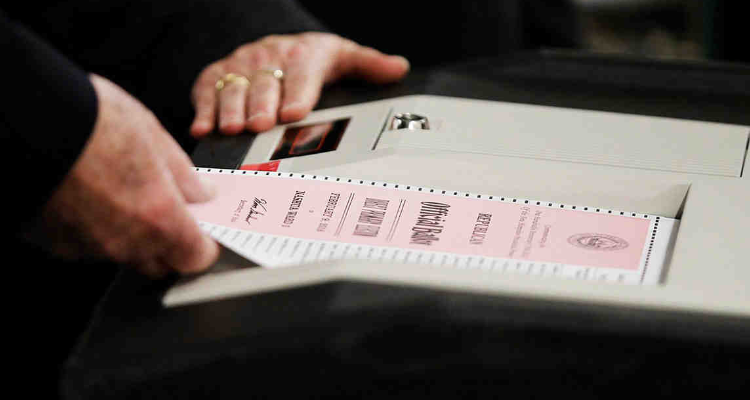 ACLU Wyoming chapter working to make sure all votes count

CHEYENNE, WYO. (Public News Service) – Since the start of the coronavirus pandemic, the ACLU has filed 14 lawsuits to ensure that all eligible voters in Wyoming and across the nation have the option to vote safely by mail, and the nonpartisan group says it isn’t backing down now.

Janna Farley, communications director for the ACLU’s Wyoming chapter said all votes deserve to be counted, even though it may take longer this year, since more people voted by absentee ballot.

“We’re going to do everything we can to make sure that everyone’s vote is counted, and it should be,” she said, “and we should want everyone’s vote to be counted, because that’s the democratic process. That’s what the United States is all about.”

Wyoming’s final count is expected to be certified officially on time, but Farley said patience will be key for voters awaiting official counts in states such as Michigan and Pennsylvania. According to the Keystone Research Center, it took six days to count mail-in votes for Pennsylvania’s June primary and three weeks to certify the results.

Despite President Donald Trump’s claims that mailed ballots could lead to widespread voter fraud, Americans — including military personnel stationed overseas — have been voting by mail safely for decades. Farley said count delays largely are due to extra steps required by election officials. For example, the signature on each ballot has to be verified independently for security purposes.

Farley said ensuring that all votes are counted is worth the wait, in part because official election results never have been tallied and certified on election night. Historically, when news outlets announced election results, they’ve been projections based not on official vote tallies but data including early voting results and exit polls.

The American Civil Liberties Union is one of the groups that says it’s committed to ensuring that all votes cast in the 2020 general election are counted.

Support for this reporting was provided by the Carnegie Corporation of New York.