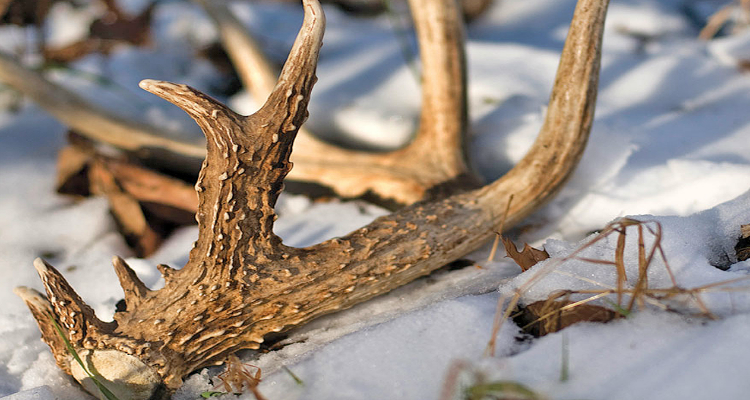 The total raised on Saturday was the fifth highest total in the 51 year history of the auction, according to officials. The highlight item at this year’s event was a 7-by-7 skull with ivories, which ended up selling for $7,500 following a bidding war, according to the Jackson Hole News & Guide

Every March, staff from the National Elk Refuge and volunteers begin picking up antlers as soon as they start dropping. The antlers are collected in an effort to prevent the illegal poaching of the antlers for the purpose of sale.

The antlers have been collected on the National Elk Refuge and sold annually at a public auction on the Jackson Town Square, since 1968, as part of the community Elk Fest celebration. Thousands of pounds of antlers are usually sold at the auction within two or three hours.

The refuge partners with the Jackson District Boy Scouts to auction off bundles of antlers that the scouts collect from within the refuge.

Seventy-five percent of the proceeds from the auction are retained by the U.S. Fish and Wildlife Service and are used for habitat enhancement projects, while the remaining 25% of the proceeds are donated to the Jackson District Boy Scouts.

The scouts do much of the work behind the scenes of the sale, from sorting, bundling, tagging and weighing to the administration of the sales at auction itself. In all, area scouts and leaders put in a combined 2,000 hours into the annual antler auction.