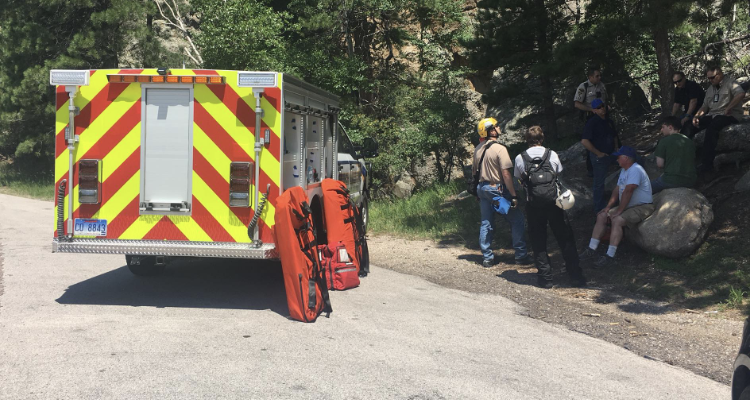 Pennington County, SD.    –     At approximately 11:00 a.m. on July 20th, dispatch received a report of a deceased individual in the boundaries of Mount Rushmore National Monument. Law enforcement officers from the National Parks Service and the Pennington County Sheriff’s Office responded to the initial call and found a deceased male at the base of a rock cliff.

The Pennington County Search and Rescue team had to scale a cliff behind the monument in order to retrieve the body.

The victim has been identified as 58-year-old Anthony Rashid of Illinois, who fell accidentally while rock climbing or  hiking.

Sheriff’s officials say Rashid died of multiple force trauma due to the fall.