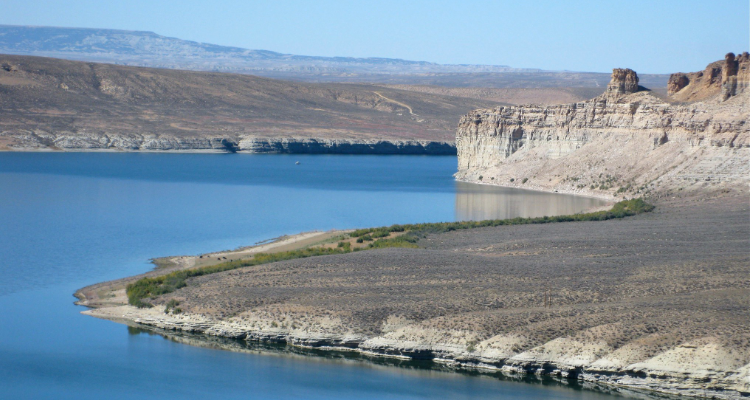 SWEETWATER COUNTY, Wyo.  –   After nearly twelve hours of side-sonar scanning by experts with Sublette County’s Tip Top Search and Rescue team and several follow-up dive attempts by volunteers from the Sweetwater County Dive Team, a body matching the description of the 7-year-old ATV crash victim, who was reported missing along with his father on late Friday night, has been recovered in the Big Firehole Canyon area of the Green River and Flaming Gorge Reservoir, according to Sweetwater County Sheriff’s Office.

On Friday, August 7, 2020, approximately 7 pm, sheriff’s deputies responded to a report of two missing persons near the Firehole Canyon and Sage Creek area of the Green River and Flaming Gorge Reservoir.

Through the course of investigation, deputies learned that a 34-year-old Rock Springs man and his seven- year-old son were last seen leaving their campsite in an all-terrain vehicle at around 11:30 pm on Thursday night, August 6. An eyewitness later reported that the pair never returned to camp in the side- by-side.

After deputies searched through the night, at approximately 9:30 am, on Saturday, August 8, an oil slick and debris was discovered floating on the surface of the water below an estimated two-hundred-and-fifty- foot cliff. Search and rescue and dive team personnel were dispatched to assist deputies in their rescue efforts.

At around midday on Saturday, divers located in the water a submerged all-terrain vehicle in the immediate area of the surface debris. Deputies recovered from the vehicle the body of an adult male matching the description of the missing father.
After a Monday morning search of the water with negative results by their marine unit, the sheriff’s office enlisted the help of side-scan sonar experts from Sublette County’s Tip Top Search and Rescue team.

“Early Tuesday morning, we deployed maritime assets from Tip Top and our Marine Unit, volunteers from our dive team, and several communications and support elements on the ground from the sheriff’s office. At times throughout the day, wind and diving conditions were less than ideal, but everyone was focused on the same thing. It’s a tragic situation, but we’re just grateful to have located this child,” said sheriff’s office spokesperson Deputy Jason Mower.

Sheriff John Grossnickle said, “Some times horrific and unexplainable things happen to otherwise good people who just happen to be in the wrong place at the wrong time. Our hearts hurt for this family, but we find some solace in being able to provide them with the closure that they deserve. This would not have been possible without the help and cooperation of everyone involved.”