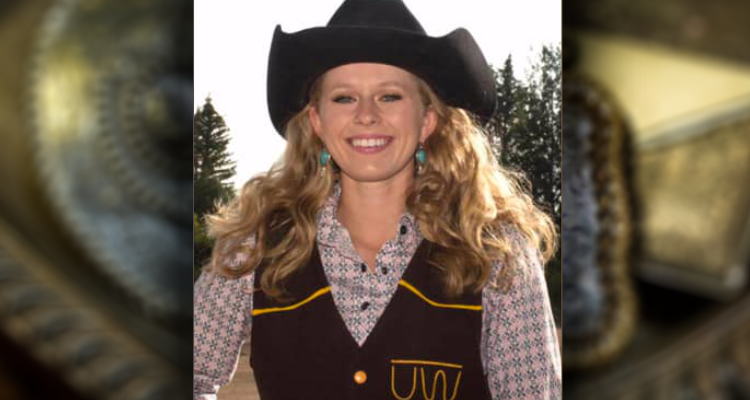 All it took was one solid round for both University of Wyoming rodeo clubs to jump into College National Finals Rodeo (CNFR) team championships contention.

The UW men had a big second slack round Tuesday to propel the Cowboys from zero points the first day to 240 after two rounds. That output moved the Pokes into fifth place, just 65 points behind front-running Tarleton State University (Stephensville, Texas).

The Cowgirls also made a move in the women’s standings to a two-way tie for third place with Northwest Oklahoma State University (Goodwell, Okla.) with 140 points. The two clubs trail co-leaders College of Southern Idaho (Twin Falls) and Tarleton State University by just 20 points.

Points were tallied through two full rounds as the third and final round got underway Tuesday evening. UW just had a pair of team members compete in the first of five nightly performances at the Casper Events Center.

“It’s good at this point to have some points up on the board, and we’ll just have to see how the rest of the week plays out,” first-year UW Coach Beau Clark said about his men’s breakout performance. “We got a couple of people in the average; hopefully, they can keep going and come back Saturday night.”

Clark also was pleased with the Cowgirls’ steady performance through the first three days of competition.

“Teisha Coffield is doing really well in goat tying — she’s been consistent on her two runs. And the barrel racers — Rachael Calvo and Kelsey Lensegrav — have been great,” he added. “Payton Donnelly placed earlier in breakaway roping, so they are all hanging in there. If we can have some luck the rest of the week, it would sure help.”

Both UW rodeo programs won the Central Rocky Mountain Region titles this past season — the first time in 13 years the Cowboys and Cowgirls won region titles the same year.

— Lensegrav, an Interior, S.D., sophomore, had her best barrel racing time of the week in a blazing 14.45 seconds, giving her the round’s third-best time and putting her fourth in the average early in the third round. She opened the week with a 14.71-second run and followed up with a 14.77-second clocking Tuesday morning.

Lensegrav went out and attacked the cloverleaf pattern knowing that it could be her and her trusty horse Sandra Dee’s final run of the week — in fact, perhaps Sandy’s final barrel racing run ever if the pair does not make it to Saturday’s short go. Lensegrav affectionally calls Sandy “Sandra Dee” because “she can get sassy.”

“This potentially could be one of my last runs on her; she’s 18 years old, and I just wanted to make the best run I could,” an emotional Lensegrav said as she led her longtime friend away from the arena. “I wanted to make it a memorable run, and now, hopefully, we have one more run left in us Saturday. But, either way, I’m extremely happy with her.”

The Lensegrav family wanted to retire Sandra Dee this season, but her new barrel racing horse developed colic before the spring season began. With just a week’s worth of training, Sandra Dee competed well and helped Lensegrav qualify for her second CNFR with a late-season surge.

“She did phenomenal. I wouldn’t be here without this horse,” Lensegrav said. “I have been so fortunate to own a horse like this one. I almost had tears in my eyes walking out of the arena. She’s taught me so much as a rider and as a person.”

— Denton Shaw and team roping partner Cooper White, of Gillette College, had their season come to an end when Shaw, from Lusk, missed the heels after White caught the horns. They had a no-time in the opening round and the fifth-best time in the second go at 5.5 seconds.