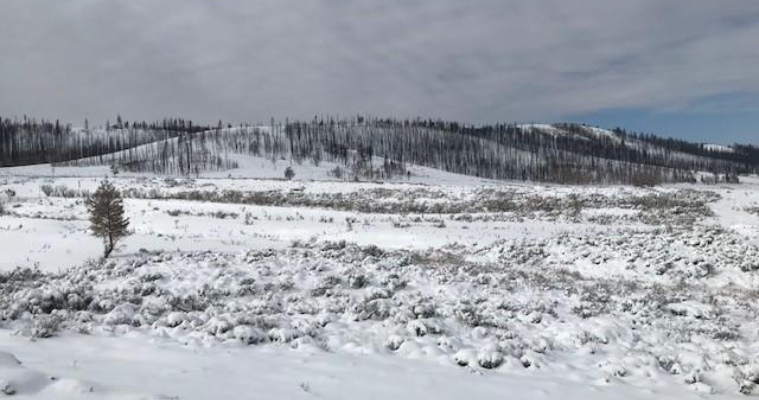 CASPER, Wyo. (AP) — Wildlife biologists, hunters and others are beginning to think about what a Wyoming forest will look like after it begins to grow back from a wildfire.

The Mullen Fire burned almost 275 square miles of Medicine Bow National Forest in Wyoming and Colorado late last summer and this fall. Many trees in the forest already were dead from a bark beetle infestation.

Biologists say the forest could grow back as better habitat for wildlife. U.S. Forest Service biologist Jesse McCarty says it will be like a “rebirthing.”

The Casper Star-Tribune reports biologists expect aspen trees, grasses and wildflowers to be among the first to flourish.