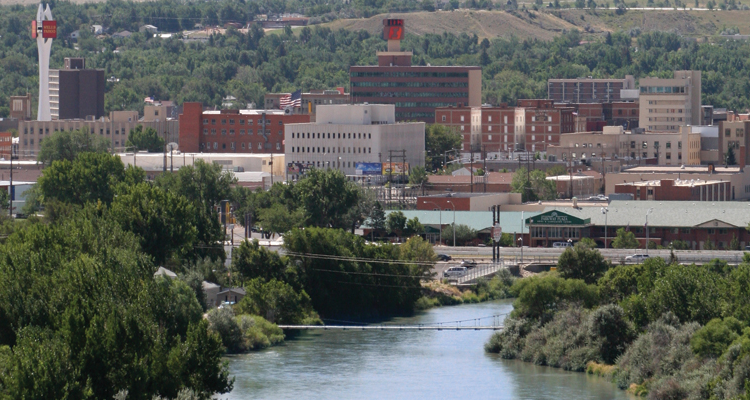 CASPER, WY. | By ERIC GALATAS, Public News Service  – The Big Tree neighborhood on South Chestnut Street in Casper is one of 50 finalists in a national crowdsourced search for the Nicest Place in America.

Jeremy Greenfield, a senior editor with Reader’s Digest, which is behind the effort, says in an era of cultural and political divides, the annual list puts a spotlight on places where people are kind and treat each other with respect.

The Casper neighborhood stood out from more than 1,000 submissions because of how neighbors react after big snowstorms to make streets and sidewalks safe.

Neighbors make a similar race out of mowing each other’s lawns in the summer.

Greenfield says stories from Wyoming and communities across the U.S. serve as a reminder that kindness is all around us, and if it’s not on your block it might be on the next block over.

Polls to vote for the Nicest Place in America are open to the public online at RD.com/nicest. Votes must be cast by July 21.

Greenfield says towns making this year’s list are not all wealthy enclaves. Stories include an addiction treatment center in Kansas, a food bank in Iowa, and a New Mexico town that greeted 1,600 asylum seekers it didn’t ask for with open arms.

“You should really pay attention to what’s going on in this place, because it talks to something going on in the rest of the country, and it’s something that you can relate to, and hopefully it will inspire you to take an active role in making your community a ‘nicest place,’” he states.

At closing time, a staffer told a child who didn’t want to be alone at night that he’d flash the light on his bike, to show he’d be back next day when the child underwent treatment.

The child responded by turning his room lights on and off. Now, every night around 8 o’clock, local businesses and residents flash their “Good Night Lights,” and the children do the same, a ritual that Greenfield says has since spread to hospitals across the country.