Census undercounts are normal, but demographers worry this year could be worse 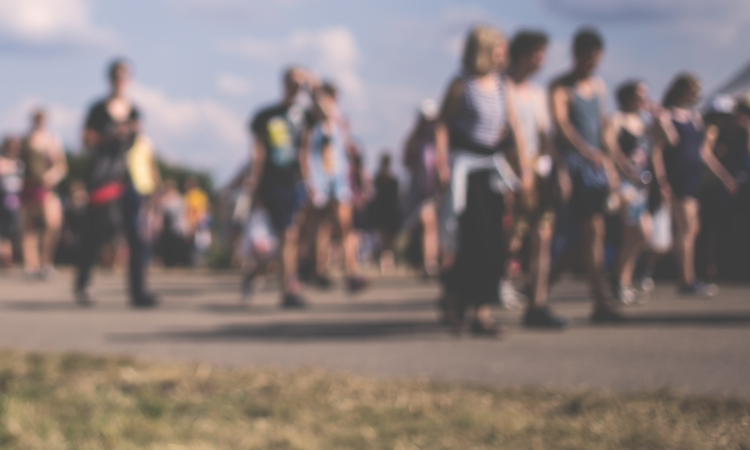 Census undercounts are normal, but demographers worry this year could be worse

By: REBECCA TIPPETT, University of North Carolina at Chapel Hill

Editor’s note: Researchers have long known that certain groups are vulnerable to being undercounted in the decennial census. But the 2020 census has raised a new set of concerns around hard-to-count populations and general confusion with the process. The coronavirus pandemic only adds more uncertainty. Demographer Rebecca Tippett explains the factors at play.

Historically, communities that have been more likely to be undercounted in the census include young children, renters and American Indian, Hispanic and black households.

Populations can be hard to count for many reasons. Some people don’t wish to be found, while others may be hard to contact because they live in gated communities. Others may be hard to interview, due to low literacy or limited English. Finally, some individuals are hard to persuade. They may be actively suspicious of the government or see no benefit to participating in the census. These reasons may be overlapping, so the Census Bureau needs many different outreach strategies to ensure a complete count.

A lot at stake

It’s worth noting that the 2010 census was remarkably accurate overall: The bureau estimated a net overcount of 0.01%, or an extra 36,000 people counted in the census out of the entire U.S. population of 330 million.

Coverage varied significantly by race and Hispanic origin. White non-Hispanic Americans were more likely to be overcounted (0.8%). Meanwhile, the bureau estimated an undercount of 2.1% among the black population, 1.5% among the Hispanic or Latino population and 4.9% among American Indians living on reservations.

Among age groups, young children were most likely to be missed: 4.6% of children ages 0 to 4 were not counted in the 2010 census.

These undercounts matter because the population is not evenly divided. When certain groups are more likely to be undercounted, their communities are at risk of having lower-quality data and less than their fair share of political representation and funding for the next decade. Communities have only one shot to count all of their residents; the results of this census will have impacts for the next decade.

In April of 2018, Commerce Secretary Wilbur Ross announced that the 2020 census would include a question on whether a person was a citizen of the U.S. A controversy and lawsuit ensued. The Supreme Court ultimately ruled that the administration’s reasoning was inadequate and barred the question from being added.

Still, census advocates remain concerned that the introduction of the citizenship question and subsequent political battle could have a chilling effect on participation – even though the question is not on the census. And this impact would be widespread: Nearly one in 10 households in the United States contains at least one noncitizen.

Starting March 12, households began receiving the invitation to respond online or to complete the census form. Ideally, the online form will make it easier for people to respond and help reduce the costs of conducting the census. The bureau’s goal is for 55% of households to respond online. While the push to have individuals respond online is new for this census, the Census Bureau has experience collecting online responses for its ongoing American Community Survey.

However, the push to online response raises new concerns. Namely: cybersecurity and hacking. Counting the nearly 330 million Americans where they live on April 1, 2020 is a massive undertaking. If the technology does not perform well when people go online to respond, it could hamper overall response rates. According to a survey by the Pew Research Center, 60% of Americans prefer an online census; data security concerns were high among those who preferred to submit the census by mail or phone.

Planning for the decennial census is a huge undertaking. Preparation begins long before April 1, 2020, and funding is necessary to ensure everything can be developed and tested prior to Census Day.

The Census Bureau was asked by Congress to limit costs of this census and proposed multiple technological innovations to reduce costs and maintain quality. Due to chronic underfunding throughout the decade, these innovations were not fully tested in a 2018 operational test. Some elements that were not fully evaluated were new update/enumerate methods planned for remote Alaska and some American Indian reservations; new protocols for counting people who live in group quarters (dorms, military barracks and prisons); and new residence criteria for deployed military members.

Having the ability to count people by mail and online softens the impact of the coronavirus pandemic, but it has already affected operations. Earlier this month, the Census Bureau announced that it will delay the start of its field operations – hiring and training workers to go to households – for two weeks, until April 1.

The pandemic has forced millions of college students to leave college and finish their semesters at home. As a result, those students will be counted at home, rather than at their colleges and universities. Because census data is used to determine federal funding in many areas, this shift could have a direct impact on college towns.

Census Bureau workers will not start going door to door to follow up with nonresponding households until May. This means individuals have more than six weeks to respond online or by paper without ever having to interact with someone face to face. But there is still a lot of uncertainty regarding the spread of the pandemic, so its impact on follow-up procedures remains unclear.