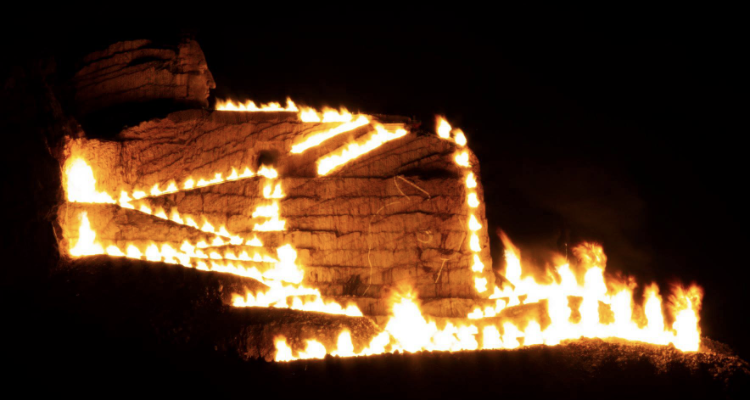 Thursday’s blast is designed to memorialize the death of Lakota warrior Crazy Horse in 1877 and the 1908 birth of the late Crazy Horse sculptor Korczak Ziolkowski.

The spectacular ceremonial blast lights up the mountain with incredible fireballs and specially-designed pyrotechnical features. The blast is one of two night blasts held annually, and is among the most popular events at Crazy Horse Memorial.

The night blast events are open to the public, with admission waived after 5 p.m., for people who bring three cans of food for a regional food drive. Regular admission is charged for guests without a food donation.

Please be aware that night blasts at the memorial are conducted on a “weather permitting” basis, and may be subject to change.

The memorial was first commissioned by Henry Standing Bear, a Lakota elder. Once completed the mountain carving will depict the Oglala Lakota warrior, Crazy Horse, riding on horseback gesturing to his ancestral lands.

The face of Crazy Horse was completed and dedicated in in 1998. Work has also commenced on the horse and overall work on the project continues.

Work on the monument first began in 1948, and though the project is far from completion, significant progress has been made in the last 20 to 30 years.