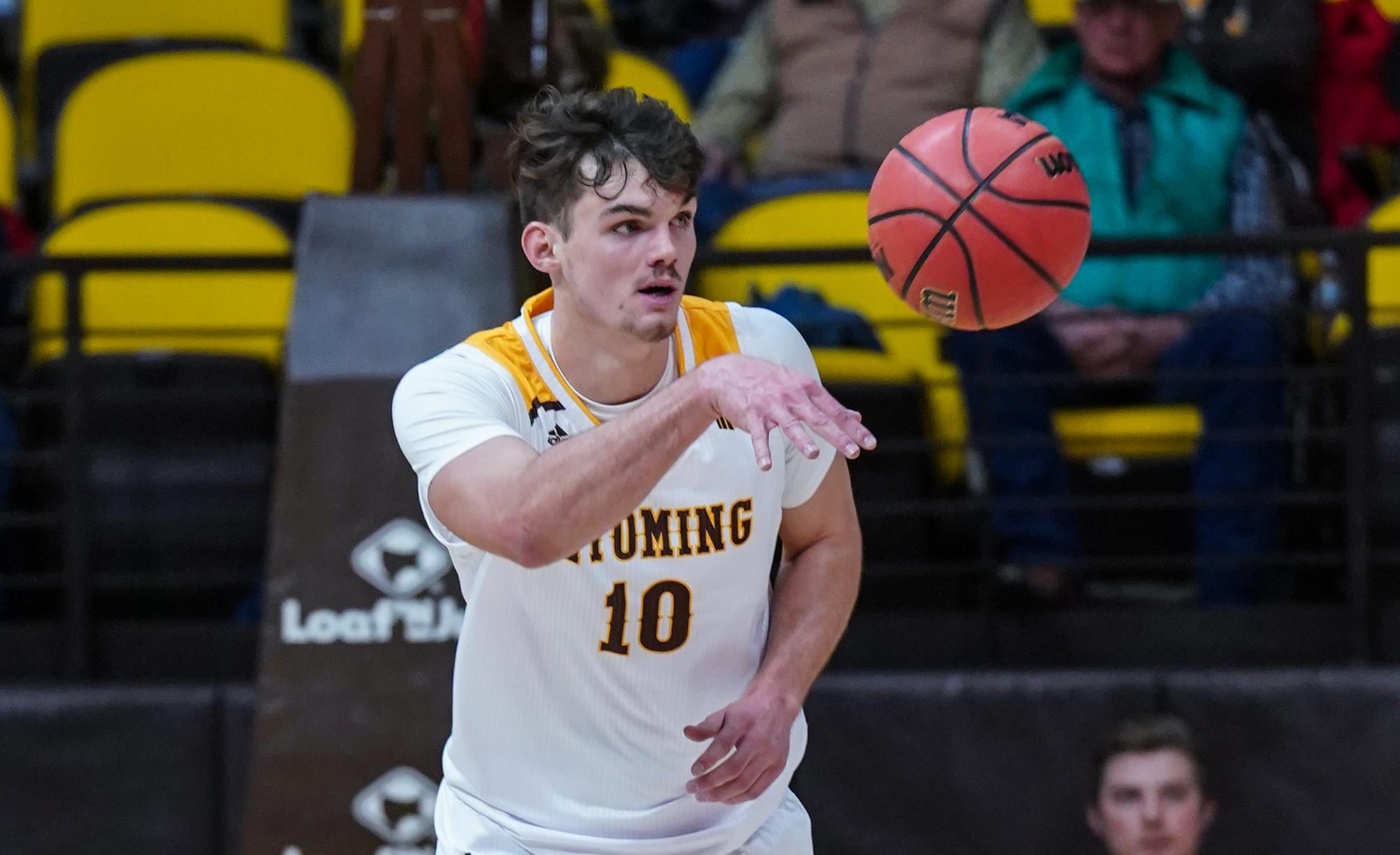 LARAMIE, WY. – The Cowboys wrap up their three-game homestand on Tuesday evening hosting Front Range foe Denver in the Arena-Auditorium for a 7 p.m. start. It will mark the last home game for the Cowboys for 18 days.

Tickets are available to Saturday’s game by: going online at GoWyo.com/tickets, emailing tickets@uwyo.edu, calling 307-766-7220 or stopping by the UW Athletics Ticket Office on the west side of the Arena-Auditorium.

The game will be streamed on the MW Network with Jonathan Schillace on the call and Liv Roberts on Color Fans can watch, listen to the game and follow stats on GoWyo.com. The game will be broadcast live on radio over the 25 affiliate stations of the Cowboy Sports Network, as Dave Walsh and Kevin McKinney will call the action.

A Look at the Matchup
Wyoming is coming off a 74-63 home win over South Carolina last Wednesday. The Pokes are 3-6 overall on the season. Wyoming got defensive in that contest with the Gamecocks holding them to a season-low shooting percentage of 33 percent. Wyoming also held South Carolina to 64 points, also a season-low by a Cowboy opponent.

The Pioneers head to Laramie with a 3-7 overall record after defeating Western State 93-69 on Sunday afternoon. Denver also fell to Air Force last week on the road 73-65. DU is shooting 39 percent from the three-point line ranking No. 35 in the nation.

Denver is shooting 45 percent from the field on the season, as opponents also shoot the same percentage. DU is hitting eight three pointers per game, while the opposition has averaged 10.2 per night.

Each Team’s Leaders
Wyoming is led by senior Justin James in scoring, rebounding and assists. He ranks 12th in the nation in scoring at 24.3 points per game. He is also grabbing 10 rebounds per game and adds 8.4 of those defensively, ranking fifth in the nation. James also adds 4.2 assists per night for third in the MW. Sophomore Hunter Maldonado adds 14.3 points per game and 7.1 rebounds.

Junior Jake Hendricks adds 11.6 points per night, as he ranks third in the MW averaging 2.8 threes per game. He tied a career-high with five against South Carolina. Redshirt freshman Hunter Thompson adds 11.5 points per night to go along with four rebounds per game.

About the Series
Tuesday’s game marks the 156th meeting between the two schools in a series that dates back to 1915. The Pokes lead the all-time series 104-51 and have posted a 64-15 record in Laramie. Wyoming has won three of the last four meetings with Denver taking the contest last season at home by a score of 88-78.

Up Next
The Cowboys head to the Lone Star State for the Don Haskins Sun Bowl Invitational. The Pokes open against East Tennessee State for a 5 p.m. start on Dec. 21.