Cowboys Get Defensive in 73-64 Win Over South Carolina 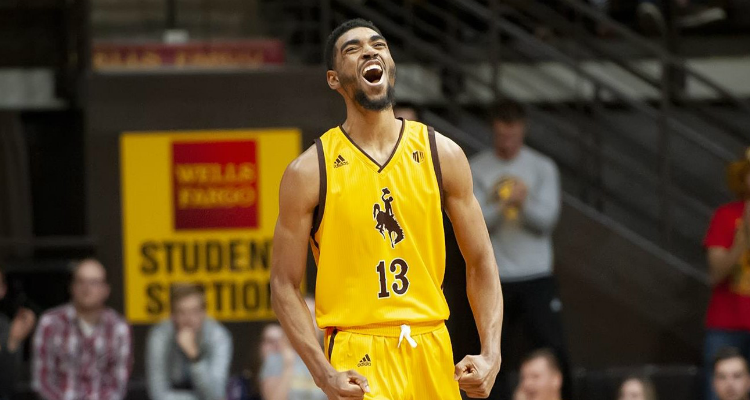 Cowboys Get Defensive in 73-64 Win Over South Carolina

LARAMIE, WY.  – The Wyoming Cowboys held South Carolina of the SEC to 33 percent from the field, a season-low for a Wyoming opponent in a 73-64 win on Wednesday evening in the Arena-Auditorium in Laramie. Senior Justin James and Junior Jake Hendricks combined 36 points for the Pokes in the victory. Wyoming moves to 2-0 all-time against South Carolina in the Arena-Auditorium with the last win coming in 2002.

“One of the things I complimented the guys on after the game was I thought this was one of our smarter efforts,” Wyoming head coach Allen Edwards said. “We did a better job of switching our defenses, and within our zone defense the guys adjusted well to how we wanted to play, depending on who South Carolina had in the game. From a mental standpoint the guys picked things up quickly tonight, and made the adjustments they needed to.”

Wyoming also erased a nine point first half deficit to lead by as many as 12 points in the second half.

James led all scorers with 20 points on the night. He also added 12 rebounds for his fourth double-double of the season and the 11th of his career. James also added a game-high five assists on the night. Hendricks was 5-of-8 from behind the arc tying a career-high, as he added 16 points.

“J.J. (Justin James) played within himself, and I thought a lot of other individuals stepped up,” Edwards said. “TJ (Taylor) as a freshman had a really good game, and it was good to see Jake (Hendricks) get back to making some threes. When he’s doing that it makes us a different basketball team. (Hunter) Thompson, while he got in foul trouble, he stretched their defense by taking some shots from the perimeter and that opened things up in the lane for guys like J.J. and Maldo (Hunter Maldonado).”

Wyoming shot 43 percent from the field and were 13-of-17 from the free throw line for 77 percent. The Gamecocks went 17-of-20 from the line on the night for 85 percent. South Carolina also held a 43-31 advantage on the glass for the night.

The Gamecocks raced out to an 8-0 lead on the Pokes in the opening three minutes of the ball game. Maik Kotsar added four of South Carolina’s points, as he added two rebounds during that stretch. The run was halted by a triple from redshirt freshman Hunter Thompson.

Maldonado added a three-pointer to make it an 8-6 contest with 14:07 left in the frame. The Gamecocks went on a 7-0 run after that to take a 15-9 advantage with about 12 minutes left in the first half. The Pokes answered with a 6-0 run to pull within three at 15-12. Thompson highlighted the effort with a tough and-one post play.

The Pokes would later pull within one point at 20-19, but South Carolina used an 8-0 run, mostly from the line to build the lead to 28-19 with six minutes in the first frame. Wyoming would hit four-straight field goals and added some free throws to make it a one-point contest at 34-33 with 1:17 left. James hit an off balance three pointer that he didn’t think fell to highlight the comeback.

The Gamecocks would hit a three-pointer to close the half and take a 37-33 lead into the break. The Pokes held the Gamecocks to 37 percent from the field in the first half, but South Carolina went 9-of-11 from the line.

The Pokes forced four turnovers in the first three minutes of the second half, which fuel the Pokes to a 6-0 run and take a 42-41 lead on a Hendricks three-pointer with 16:07 left in the game. From there, the Pokes added five more points to make it a 47-41 contest with 13:56 left. James brought the “Dome of Doom” to their feet with a fast break tomahawk alley-oop slam from Maldonado.

The Pokes extended the lead to nine on another Hendricks three-pointer for a 50-41 contest. It was a part of a 17-2 Brown and Gold run. James later extended the lead to 12 points on a James triple that put him into double-figures for a 56-44 game with 11 minutes remaining.

The Gamecocks would come within seven points with just under 10 minutes remaining, but the Pokes moved it to 12 points minutes later. But the Pokes would go scoreless for four minutes, as South Carolina pulled within six points at 63-57 with under four minutes left, but Hendricks hit his fifth three of the game to make it a nine point lead at 66-57 with just over two minutes left.

South Carolina would cut the deficit to six points with 1:14 remaining, but five free throws from Redding and James sealed the game for the Pokes in the 73-64 victory.
The Gamecocks were led by guard A.J. Lawson with 15 points to go along with nine rebounds. Chris Silva added 11 points and eight rebounds, as he grabbed five boards on the offensive end of the floor.

The Cowboys return to action next Tuesday night host Denver in the Arena-Auditorium for a 7 p.m. start.