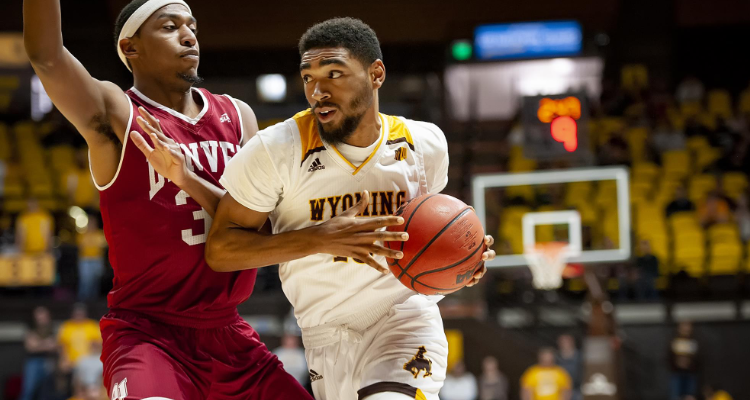 LARAMIE, WY.  – The Cowboys welcome the Boise State Broncos to the Arena-Auditorium for the opener of the Mountain West portion of the schedule on Wednesday. The contest is set for a 7 p.m. start in what will be the first of two meetings between the teams this season.

The game will be streamed by Stadium on Facebook. Fans can listen to the contest and follow stats on GoWyo.com. The game will be broadcast live on radio over the 25 affiliate stations of the Cowboy Sports Network, as Dave Walsh and Kevin McKinney will call the action.

A Look at the Matchup
Wyoming closed out non-conference play on Saturday with a 65-63 win over Dixie State. The Pokes hold a 4-9 overall record and are 3-4 in the Arena-Auditorium. The Cowboys are 8-11 all-time in MW openers and have won two straight.

Boise State heads to Laramie with a 5-8 overall record after falling to Oregon at home last Saturday by a score of 62-50. The Broncos have lost three of the last four and are 1-6 away from Taco Bell Arena.

The Broncos are shooting 47 percent from the field on the season ranking third in the MW. That number also ranks in the top-100 in the nation. Boise State is shooting 35 percent from behind the arc ranking seventh in the conference.

The Broncos are led in scoring by RJ Williams. He adds 14.4 points per game and leads the team grabbing 6.9 rebounds per night. He is shooting 56 percent from the field for the season. Justinian Jessup adds 12.6 points per game. One of the finest three-point shooters in the MW, he has connected on 2.5 per game to rank seventh in the conference.

About the Series
Wednesday’s game marks the 28th meeting all-time between the two schools. Wyoming holds a 14-13 lead in the all-time series. The Broncos have taken five of the last six meetings including the MW finale last year in Boise, 95-87

Up Next
The Cowboys hit the road for a pair of games. Wyoming opens at UNLV for a 8 p.m. start on ESPN on Saturday before heading to San Diego State on Tuesday.