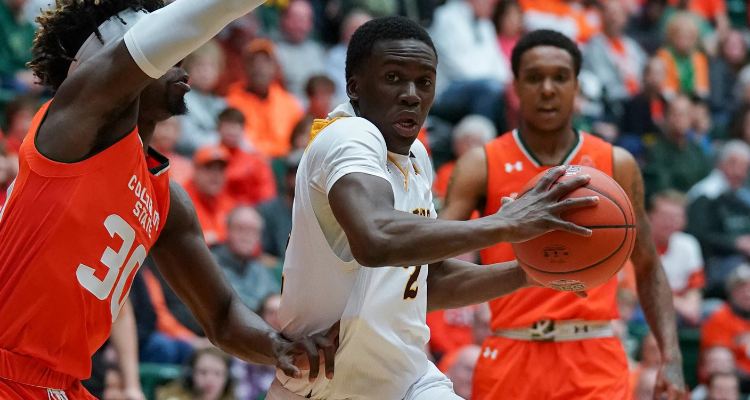 LAS VEGAS, NV. – The tenth-Seeded Cowboys open the 2019 Air Force Reserve Mountain West Basketball Championship on Wednesday against New Mexico at 2:30 p.m. MT in the Thomas & Mack Center in Las Vegas, Nev. It will mark back-to-back games against the Lobos, as Wyoming took the regular season finale in Laramie by a score of 88-81 on Saturday.

The contest will be available on the Mountain West Network with Nate Kreckman on play-by-play and Marty Fletcher on color. Fans can watch, listen and follow love stats on GoWyo.com. The game will be broadcast live on radio over the 25 affiliate stations of the Cowboy Sports Network, as Dave Walsh and Kevin McKinney will call the action.

A Look at the Matchup
Wyoming heads into the game with a 8-23 overall record and a 4-14 mark in the MW. The Pokes shot 52 percent from the field in the regular season finale on Saturday against the Lobos.

Wyoming has had 10 or fewer turnovers in three-straight games, as Wyoming is averaging 14 per game on the season. The Pokes have been solid at the free throw line this season at 73 percent. The Pokes shot 83 percent against the Lobos on Saturday. Wyoming ranks second in the MW in free throw percentage.

The Lobos head to Vegas with a 13-17 overall record and finished 7-11 in MW play for seventh in the final standings. New Mexico has won two of the last three contest with the only loss coming at the hands of the Pokes on Saturday.

Each Team’s Leaders
Wyoming is led in scoring, rebounding and assists by senior guard Justin James. He was the MW overall scoring champion at 21.8 points per game, which ranks No. 23 in the nation. He grabs 8.6 rebounds per game for fifth in the MW and adds 4.4 assists per game for fourth in the league. He also leads the MW in steals at 1.5 per game and has 46 on the season. He has 2,030 career points and needs two more to pass Marvelle Harris for fourth in career scoring in MW history.

Junior guard Jake Hendricks adds 10.9 points per game and leads the Pokes with 64 three pointers on the year. Hendricks is averaging 35.9 minutes per game, which ranks second on the Pokes behind James. Junior guard A.J. Banks adds 5.1 points per game and has scored in double-figures in back-to-back games for the first time in his career. He added a career-high 20 points on Saturday.

About The Series
The Cowboys trail in the all-time series 68-72 in a series that dates back to 1950. The Pokes and Lobos have met six times on neutral floors with the series tied at 3-3. The Lobos defeated the Pokes in the quarterfinals by a score of 85-75.

Up Next
The winner will move on to the quarterfinals of 2019 Air Force Reserve Mountain West Basketball Championship facing second-seeded Utah State on Thursday at 7 p.m. MT.