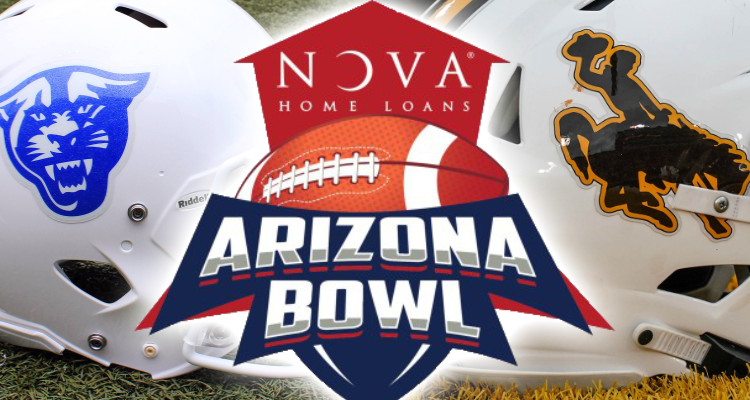 TUCSON, Ariz. – The Wyoming Cowboys will meet the Georgia State Panthers on New Year’s in the Nova Home Loans Arizona Bowl in Arizona Stadium in Tucson, Ariz. The first ever meeting between the two schools is set for a 2:30 p.m. MT start and will be televised on CBS Sports Network. It will be Wyoming 16th Bowl Appearances in school history.

The game will be broadcast on radio over the 26 affiliate stations of the Cowboy Sports Network, including AM 1240 KASL, beginning with the pregame show at 1:30 p.m. Dave Walsh and Kevin McKinney will call the action.

Cowboy History in Bowl Games: The Cowboys will play in their 16th bowl game when they hit the field on New Year’s Eve. Wyoming is 7-8 overall in Bowl Games. Wyoming won its last contest downing Central Michigan in the Famous Idaho Potato Bowl by a score of 37-14. 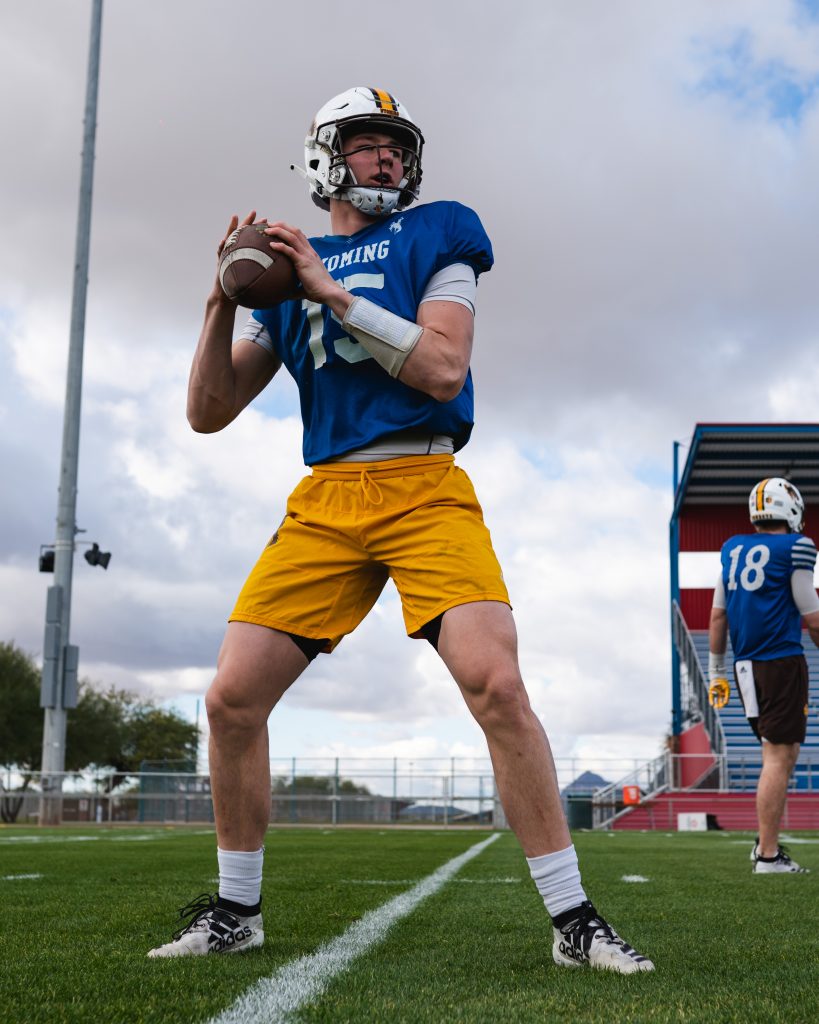 Trio of Cowboys Get Double Digit Tackles: The trio of senior safety Alijah Halliburton, senior linebacker Logan Wilson and junior defensive end Garrett Crall combined for 33 tackles against Air Force. Halliburton added 13 of those tackles with Wilson and Crall adding 10 each. The group accounted for 43 percent of the teams tackles.

Wilson Named All-American by PFF, USA Today and AP: Senior linebacker Logan Wilson was named an All-American by Pro Football Focus (1st Team). he also earned Second Team honors by USA Today and Third Team by the Associated Press. Wilson was the only defensive player in the country to field elite grades against the run, in coverage and when blitzing the passer. According to Pro Football Focus he finished as the nation’s highest-graded linebacker as he recorded 17 total pressures on just 50 pass-rushes, secured 40 run stops and made nine total plays on the ball for a passer rating of just 63.2 into his coverage.

Halliburton Finishes Regular Season Strong: Senior safety Alijah Halliburton finished the regular season with 13 tackles. He has 119 for the season to lead the Pokes. He has recorded double-digit tackles in six games this season including the last three contests

Against The Run: The Pokes are one of the nation’s top teams against the run. Wyoming allows 99.4 yards per game for the season to rank sixth in the country. Wyoming has held opponents to under 100 yards rushing in seven times this season with a season-low 48 yards to Colorado State. 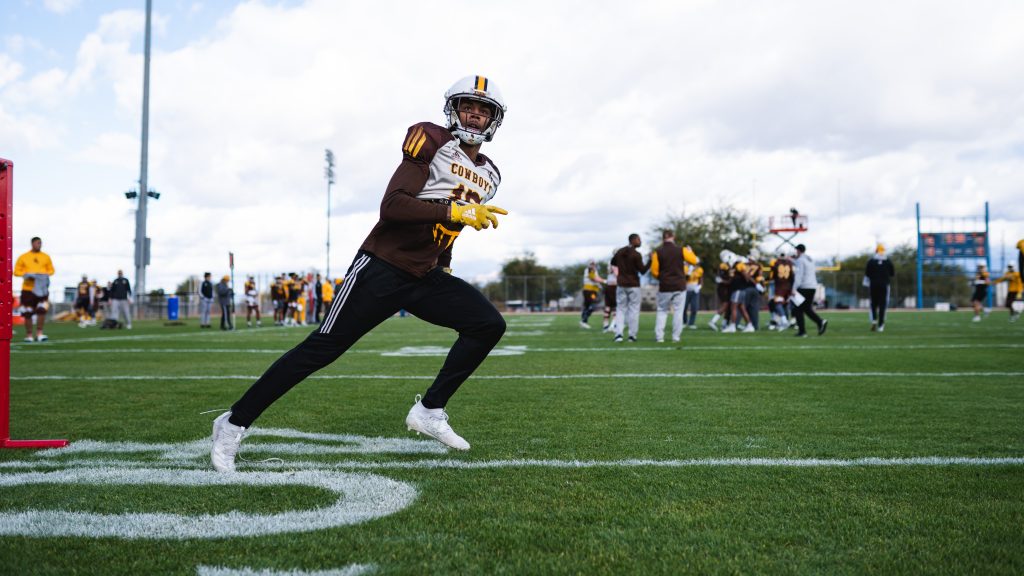 Against Teams From Georgia: The Pokes will faceoff against Georgia State on New Year’s Eve. It will mark only the second time Wyoming has played a team from Georgia. The Pokes fell to the Georgia Bulldogs 19-6 in Athens during the 1998 season.

Conway Named All-American by PFF: Senior punt returner Austin Conway was named Honorable Mention All-American by Pro Football Focus. He led the Mountain West in punt returns for much of the 2019 season, and currently ranks No. 2 in the conference and No. 11 in the nation, averaging 11.1 yards per return. Conway has the most punt return attempts in the Mountain West this season, with 31. He also has the most total punt return yardage in the conference this season, with 344 yards.

Crall Sets Career Best: Junior Garrett Crall added a career-high 10 tackles against the Air Force triple option in the regular season finale. He has 52 tackles on the season to lead all defensive lineman and ranks second on the team with 4.5 sacks.

Scoring Defense: The Pokes are allowing 17.8 points per game for the season, a number that ranks No. 11 in the nation and second in the MW Conference. Wyoming allowed a season-low three points to New Mexico. The 17.8 points per game ranks as the second lowest in the Craig Bohl era of Cowboy football after allow 17.5 points per game during the 2017 season.

Georgia State averages 32.4 points per game to rank 42nd nationally in scoring, and they are helped by their 47.3 percent third down conversion rate, which is 15th in the nation.

The Panther rushing attack features four players who have rushed for 400 or more yards this season. That group is led by running back Tra Barnett (1,389 yards and 12 touchdowns), Ellington (598 yards and five touchdowns), Destin Coates (487 yards and seven touchdowns) and Seth Paige (405 yards and four touchdowns).

Defensively, linebackers Trajan Stephens-McQueen and Victor Heyward lead the team in tackles, with 100 and 68, respectively. Defensive end Hardrick Willis leads the team in sacks this year with 4.5. Safety Remy Lazarus has 53 tackles, an interception and a team-best six pass breakups. Stephens-McQueen and cornerback Tyler Gore each have two interceptions to lead the defense.